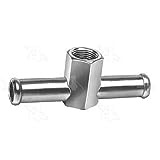 GENEVA Fiat Chrysler Chief Executive Sergio Marchionne said on Tuesday he was looking forward to meeting Volkswagen boss Matthias Mueller to discuss a possible tie-up between the two carmakers but added he hadn’t seen his counterpart in six to seven months.

Marchionne has long advocated car industry mergers to share the costs of making cleaner and more technologically advanced vehicles and has repeatedly relayed his desire via the media.

His comments on Tuesday came in response to a question about Mueller’s suggestion last week that he did not rule out merger talks between the German and Italian-American car manufacturers.

“We are waiting with anticipation,” Marchionne told journalists on the sidelines of a meeting in Geneva.

“There are 4-5 of us (carmakers) at the global level, if something needs to be done, it will be done. I haven’t seen Mueller in 6-7 months, but I will go find him at the first opportunity.”

The manager said his company’s first quarter was going in line with expectations. He added the group was working with the authorities in the United States to understand how the new system for emissions regulations will work.