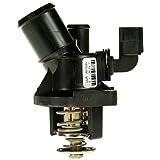 Negotiations were ongoing after both sides extended their current contract on an hour-by-hour basis early Tuesday morning. They reached a tentative agreement Tuesday evening.

UAW President Dennis Williams and FCA US LLC CEO Sergio Marchionne held a news conference in the auditorium of the UAW-Chrysler NTC Building, 2211 Jefferson Ave. in Detroit. You can watch the news conference in its entirety in the video posted above.

The details of the agreement were not disclosed, but both sides expressed gratitude that a tentative deal had been reached and said that the goal is to continue to make the best cars in the world.

Fiat Chrysler is the lead company for negotiating a new contract. That means a deal with FCA could set a general pattern for contracts at General Motors and Ford. FCA could also be hit with a strike if negotiations stall.

Ford and General Motors have extended their contracts with the UAW indefinitely.

Auto workers expect to see long-awaited raises when the deals are finally done.

Following the 2008 economic meltdown and automotive bankruptcies, the UAW agreed to wage freezes for the best-paid autoworkers.

“I think that there is a raise coming,” said Kristen Dzieczek from the Center for Automotive Research. “We’ve had five very profitable years in this industry and I don’t know if anybody who thinks you can get away without a raise one more time.”

What the union wants:

The union wants hourly pay raises for longtime workers who haven’t had one in a decade. It also wants to close the wage gap for entry-level workers, who make about half the $29 hourly wage of veteran employees. The wage gap benefits FCA the most, since 45 percent of its hourly workers make entry-level wages. Only around 20 percent of workers at Ford and GM make the lower wage.

That disparity gives Chrysler a $10 an hour advantage compared to Ford and GM. The company’s rivals want to see that gap closed, but they won’t know by how much until Chrysler and the UAW complete the pattern agreement.

Marchionne has also been outspoken about wanting to eliminate the wage gap, but his solution is unconventional and may not be popular with UAW members. He’d like to tie worker pay to the automotive business cycle—higher wages in good times and lower in bad.

Shaiken expects the new contracts will phase in higher wages or otherwise bridge the wage gap.

All three companies also want to stick with profit-sharing instead of increasing hourly labor costs. During the past four years, workers have gotten annual profit-sharing checks; at FCA, those bonuses totaled $9,000 per worker.

UAW President Dennis Williams and Marchionne, who greeted each other with a hug as the negotiations began in July, have both said they would consider it a failure if they can’t reach an agreement and workers strike. Workers at FCA — known as Chrysler before its 2009 merger with Fiat — went on a seven-hour strike during contract negotiations in 2007 but were prohibited from striking in 2011 under terms of a government-funded bankruptcy.