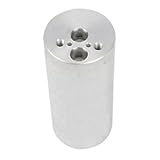 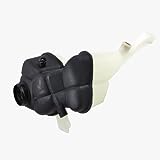 Fiat Chrysler might end production of its super car, the Dodge Viper SRT, in 2017, according to a product plan disclosed as part of the tentative agreement the automaker has with the United Auto Workers union.

Sales of the Viper have been disappointing since the company revived the iconic sports car in 2012, and the automaker has had to cut back on employees and production volume at its Conner Avenue Assembly Plant in Detroit, where it’s made.

A letter included in the tentative four-year contract reached last week between the automaker and the UAW says production of the current Viper will end in 2017.

“No future product has yet been identified beyond the product life cycle,” Glenn Shagena, FCA US head of employee relations for North America, says in the letter, dated Oct. 7.

That doesn’t necessarily doom Viper’s future. A group of the automaker’s 19 top executives meet on a monthly basis to review product plans. Nevertheless, the company would need to see a strong business case for continuing to make the Viper beyond 2017.

The uncertainty surrounding the Viper is part of a $5.3 billion U.S. investment plan that the Auburn Hills automaker disclosed as part of its proposed contract with the UAW. Those investments include the plans by the automaker to add 2,959 jobs over the next four years at some plants while it eliminates 2,856 jobs at other facilities for a net gain of 103 jobs.

The contract must still be ratified by a majority of about 40,000 Fiat Chrysler employees that the UAW represents in voting that is scheduled to take place next week.

Fiat Chrysler spokeswoman Jodi Tinson declined to comment on the automaker’s plans for the Viper while the contract is pending.

Last fall, the automaker cut the price of its 645 horsepower sports car by $15,000 to $84,995, allowed all of its dealers to sell the car rather than a select few and launched a new website to allow enthusiasts to customize their Viper orders.

The automaker originally hoped to sell as many as 1,600 vipers and employed 180 at its Conner Avenue plant when the car was relaunched in 2012.

The Dodge Viper originally was shown as a concept at the 1989 North American International Auto Show in Detroit and was sold from 1992 to 2010.

It was revived partially at the urging of Ralph Gilles, Fiat Chrysler’s vice president of design. Gilles and his team worked on the design of the Viper on weekends and at nights before the project was even approved by the CEO.

Fiat Chrysler relaunched the Viper under the SRT, or Street and Racing Technology brand, when it brought the car back in 2012.