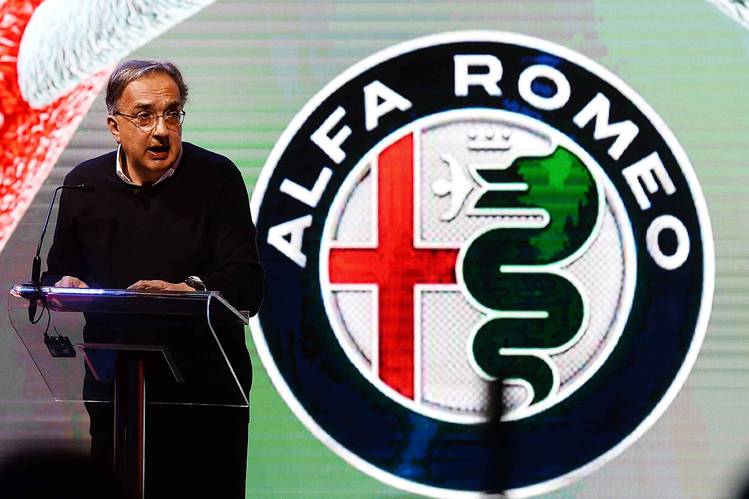 Today, the chief executive’s plans to transform Alfa Romeo into a success like Audi
NSU


are delayed. Meanwhile, economic growth has slowed in China, and tanked in Latin America. Some analysts say the frothy U.S. car market could begin to plateau as soon as this year

All that is laying bare the cracks in Mr. Marchionne’s highly ambitious five-year plan for Fiat Chrysler—called “fantasyland” by Sanford C. Bernstein & Co. analyst Max Warburton—and creating a difficult backdrop for a company struggling to lessen its dependence on selling sport-utility vehicles and pickup trucks to American buyers. The auto maker’s huge debt and thin profit margins add challenges for it in an industry spending heavily on autonomous and electric cars.


“The cash flow they generate internally might continue not to be sufficient to meet large capital expenditure requirements.”

At the moment, Fiat Chrysler, which can no longer count on outsize profits from Ferrari, a business it recently spun off, remains almost entirely dependent on its Jeep brand for sales-volume gains. That has Mr. Marchionne’s Italian-American mashup relying heavily on Jeep and the U.S. to offset lackluster results from other brands and regions.

At a time when a soaring U.S. market has sales there growing rapidly, Fiat Chrysler’s operating profit margin remains 40% lower than those of General Motors Co.
GM


Recalls of more than 11 million Fiat Chrysler vehicles last year will further depress earnings, the company has said. At the same time, Fiat Chrysler’s inventory is increasing, according to data provider WardsAuto.com; its 86 days worth of unsold cars on dealer lots in the U.S. at Nov. 30 was almost 50% more than the industry average there.

‘We’ll update the plan to reflect things we know now that we didn’t know in 2014.’

Later this month, Mr. Marchionne will present a rejiggered version of a 2014 plan that called for a 50% jump in world-wide revenue over five years and a more than doubling of operating profit. The original plan targeted sales of 7 million vehicles in 2018, a 60% increase from 2013.

“We’ll update the plan to reflect things we know now that we didn’t know in 2014,” Mr. Marchionne said earlier this month, while pledging to stick to financial targets even if volumes are lower than the firm had forecast.

Mr. Marchionne has already redirected investments and likely will announce delays in the rollout of new Jeep and Maserati vehicles. He has already dialed back ambitions for Alfa Romeo, but a sales expansion to 400,000 vehicles in 2018 is a cornerstone of his plan to beef up Fiat Chrysler.

Blaming the Chinese slowdown and the country’s import duties, Mr. Marchionne said the €5 billion ($5.46 billion) that Fiat Chrysler had planned to spend on Alfa Romeo though 2018 will now be spread a year or two further out, with delays in several model launches.

“A relatively significant portion of our volume ambitions for 2018 for Alfa were China driven,” Mr. Marchionne said in late October. “We need to be very careful not to create excessive expectations about what China can contribute to [Alfa Romeo’s] objective.”

But some wonder whether the new Alfa Romeo models will ever come to market.

“The structure of the Chinese market hasn’t really changed at all,” said Stephen Reitman, an analyst with Société Générale SA, who points to other problems with the expansion, including Fiat Chrysler’s lack of a local Chinese partner for the Alfa Romeo brand.

Mr. Marchionne’s plan to squeeze more cash out of other legacy Fiat brands has stumbled as well. Two new Maserati models meant to compete with German luxury cars have done poorly, with volume and revenue down by a fifth in the third quarter compared with the same period the year before, while Maserati’s operating profit withered to just €12 million from €90 million. The company still plans to launch the first Maserati SUV at the Geneva motor show in March.

All that has left Mr. Marchionne woefully short of money to fund his expansion. Financing vehicle rollouts with debt rather than cash flow is problematic because Fiat Chrysler’s credit ratings from Moody’s and Standard & Poor’s are both below investment grade. The company’s €7.8 billion in net debt makes it expensive to borrow further. By contrast, GM is sitting on $18 billion in net cash and Ford has $9.4 billion.