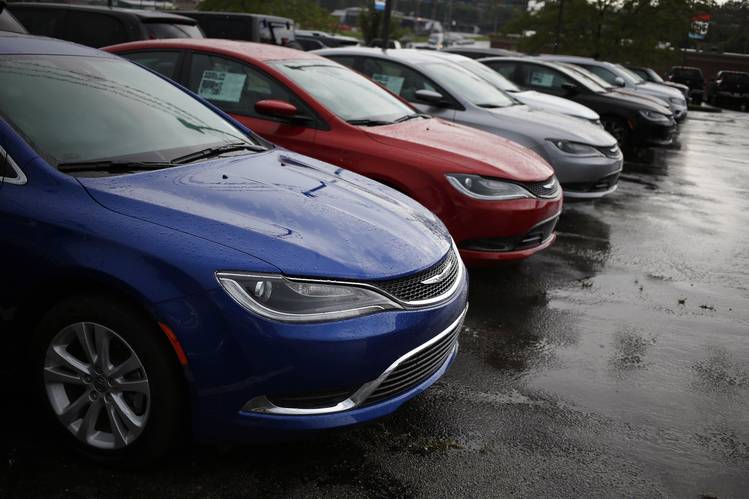 
NV regional sales managers and U.S. dealers periodically would get calls from company executives, letting them know the fictitious “unnatural acts department” was open for business, according to people familiar with the matter.

The motivational phrase, used over several years on conference calls or in one-on-one conversations, was meant to convey the urgency of drumming up last-minute vehicle sales, particularly if the auto maker’s results were coming up short of monthly objectives, the people said.

Now, as federal investigators probe allegations of fraud in Fiat Chrysler’s sales-reporting practices, the expression has emerged as a focal point in the government’s questioning, according to people briefed on the investigation.

Authorities are trying to determine whether the term, believed to be used by at least one senior executive, was simply a way to rally dealers to meet objectives and keep a long-running sales streak alive or an important piece of evidence indicating sales officials knowingly deceived the public, the people said.

A criminal investigation by the U.S. Justice Department and a civil probe by the Securities and Exchange Commission were triggered in recent months following two separate lawsuits filed by dealers in New York and Chicago, alleging the U.S.-Italian auto maker pressured dealers to falsify sales in exchange for financial rewards, according to people briefed on the investigation.

Typically, the phrase was viewed internally as a rallying cry, signaling that retailers and company sales staff needed to go above and beyond the norm to close deals quickly, such as selling cars at a loss or asking dealers to buy vehicles themselves and put them in their store test-fleets for customer use, the people said. Still, the exact meaning wasn’t concretely defined, they say.

A Fiat Chrysler spokeswoman declined to comment on the “unnatural acts department” or the wider investigation, but the company has said its sales reporting system led to inaccuracies and it has since revised its practices to avoid further miscalculation. The company said it is cooperating with the investigations, but has said the lawsuits that triggered the probes are baseless.


posted an nearly 9% drop for the month.

In the years since Fiat took control of Chrysler, U.S. dealers and regional managers have felt intense pressure to meet ambitious monthly growth targets, say former employees and people close to the company.

Several dealers have alleged in lawsuits and told The Wall Street Journal that Fiat Chrysler managers on several occasions pushed them to report retail sales that hadn’t taken place and to “unwind” those sales the following month.

One of the lawsuits, filed by a Chicago dealer, alleges Fiat Chrysler was offering as much as $20,000 in payments in exchange for falsely reporting the sale of 40 vehicles and then reversing that sale in the next month before warranties were activated.

Federal investigators are focusing on regional sales offices in Chicago, Denver and other locations, the people said. Federal Bureau of Investigation agents also have visited the homes of nine Fiat Chrysler regional sales directors, according to the people familiar with the matter.

Several regional sales directors for the company have retained their own counsel, in a sign the probe is a broad one, according to these people. Fiat Chrysler is paying those legal bills, a common practice in corporate investigations, the people said.

Fiat Chrysler executives, including Chief Executive Sergio Marchionne, have highlighted the streak as evidence that the auto maker’s recovery from a 2009 bankruptcy was legitimate. Consumers often see sales momentum as validation of a brand, and—although monthly reports aren’t necessarily required by securities law—investors pay close attention to those numbers.

A separate lawsuit filed last summer by a New York dealer claimed Fiat Chrysler inflated sales figures to make the business results look better than they actually were ahead of the car company’s public listing on the New York Stock Exchange in 2014.

Mr. Marchionne, speaking at a factory event last week, said the company revised its sales “to lay the facts on the table.” He said the company inherited an imprecise sales reporting process when it purchased Chrysler and “we just kept applying the same reporting system for nearly 40 years.”

Write to Christina Rogers at christina.rogers@wsj.com and Aruna Viswanatha at Aruna.Viswanatha@wsj.com