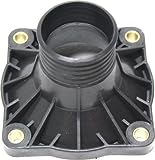 Honda was green before green cars were cool, but the automaker gets less credit than latecomers to environmental awareness.

Over the next few weeks, Honda will launch a new bid to be considered one of the auto industry’s leaders in environmental technology and alternative energy.

The first step is a slick and luxurious car powered by a hydrogen fuel cell: The Accord-sized Clarity sedan. Two other versions of the Clarity will debut at the New York auto show in mid-April: an electric car that goes 80 miles on a charge and  a plug-in hybrid with a 40-mile battery range and longer range on gasoline.

It’s strange Honda isn’t already recognized as a green leader, but the mantle of environmental leadership slipped away from the company in the 21st Century, despite a history that includes selling America’s first hybrid, building millions of highly fuel-efficient vehicles and having hydrogen fuel cell cars on the road for nearly two decades.

Honda executives and engineers gnash their teeth whenever another company wins accolades for hybrids and alternate fuel vehicles. They were there first, and initially best.

The easy-to-drive Clarity fuel cell reasserts that status. It’s a legitimate five-seater, with a range of 366 miles on a tank of hydrogen, thanks to high-pressure storage of hydrogen gas and a quick refueling time of 3-5 minutes, far less than battery-electric cars. Fuel cells generate electricity by combining hydrogen from their tank with atmospheric oxygen. The only exhaust is an invisible waft of steam that’s vented below the vehicle.

It takes just three to five minutes to fill the tanks at a hydrogen pump, a significant advantage versus even the quickest-charging battery-powered electric cars.

The Clarity’s interior is roomy and richly appointed, with soft materials and advanced features including. The fuel cell creates electricity nearly soundlessly and the car is ready to drive a few seconds after the driver pushes the start button.

I enjoyed a brief drive in a Clarity on highway and surface streets in suburban Detroit. The fuel cell delivers power with the smooth ease all electric vehicles offer. The electric motor’s output of 174 horsepower and 221 pound-feet of torque is pretty mild for a 4,134-pound midsize sedan, but the Clarity accelerates confidently. A sport setting increases acceleration and regenerative braking.

The steering is well tuned and direct, as you’d expect in any good midsize sedan. The ride is smooth.

If hydrogen were widely available, it’s easy to imagine thousands of people all over the country choosing the Clarity as their everyday vehicle.

Of course, hydrogen isn’t widely available, even in California, the only state where the all-new 2017 Clarity is on sale. A couple of dozen gas stations in the Bay Area and from Santa Barbara to San Diego have hydrogen pumps. Honda expects the network to grow to 36 this year and 100 by 2020, filling gaps up the coast and moving east into the valleys.

Honda has delivered about 80 Clarity fuel cell cars so far this year. The company won’t make sales projections, but Steven Center, vice president of Honda’s environmental office, says there’s a waiting list for every one that arrives from the assembly plant in Sayama, Japan. Supply will increase when the electric and plug-in hybrid models arrive later this year.

The Clarity uses an all-new structure that was developed specifically to accommodate fuel cell, battery and hybrid vehicles. Few automakers have accomplished that level of engineering flexibility.

The electric motor and fuel cell fit under the hood, in the same space Honda’s 3.5L V6. That clever packaging is a first step toward creating a fuel cell that can be dropped into a variety of vehicles as an alternative to gasoline engines, the same way many current vehicles can accommodate a V6 or four-cylinder engine as needed.

A battery to store electricity goes under the front seats. Hydrogen compressed to 10,000 psi goes in two tanks, a small one under the rear seat and a larger one behind the rear seat. The larger tank intrudes into the trunk, reducing luggage space to 11.8 cubic feet, far less than a conventional midsize sedan.

We’re years away from having nationwide network of hydrogen stations, if one ever develops. Honda makes a strong argument for one with the fuel cell Clarity, though. The automaker hopes the battery-only and plug-in hybrid Clarity models will win plenty of buyers before then, rebuilding its reputation as an environmental hero.