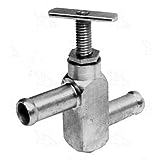 Honda showed the all-new 2016 Civic today — the 10th generation of the car that is integral to the Japanese automaker’s DNA.

It is the first new take on the car since the 2012 model that was criticized for lacking the sizzle the car has built its reputation on. The 2016 model was engineered to reignite owners’ enthusiasm. It abandons the cab forward design for a car and is lower with a longer hood and sportier look, as well as new engines and transmissions to provide more horsepower while retaining its fuel efficiency.

It is a ground-up redesign and the most ambitious remake of Civic to date, said Executive Vice President John Mendel at an event in Detroit Wednesday to show the production version of the sedan that will go on sale this fall. Pricing has not been announced but Mendel said it will be competitive.

The sedan will be followed by the coupe this winter, a 5-door hatchback imported from Europe next year and the performance Civic Type-R likely in 2017. There will also be a performance Si trim level. Mendel did not say if a hybrid is in the works.

This is the first time since the Civic became a global vehicle that versions for all parts of the world are derived from a single global platform — engineered in Ohio. In the past, the Civic sold in Europe, for example, had a different look and underpinnings than the one sold in the U.S.. A single global car provides substantial savings, Mendel said, declining to be more specific.

The production model is two inches wider and almost an inch longer than the outgoing model. The wheelbase is also longer, giving it the most interior space in the compact car segment, Mendel said.

It has two all-new 4-cylinder engines. There is a 2-liter base engine and a turbocharged 1.5-liter. Both are direct-injected. There is a 6-speed manual as well as a continuously variable transmission. Mendel said the car will get more than 40 m.p.g. in highway driving.

A concept of the new Civic in coupe form was unveiled at the New York auto show in April.

Honda has sold more than 40 million Civics globally and it is built in nine plants around the world, including facilities in Ohio, Indiana and Ontario..

The ninth generation of the Civic was introduced as a 2012 model but when critics panned it, Honda did an update for 2013 and made powertrain changes for 2014.

Compact cars like the Civic and Focus are under threat from a growing army of crossovers, said Dave Sullivan, analyst with AutoPacific.

“Milquetoast cars in this segment won’t cut it anymore,” Sullivan said. “The Civic is an impressive vehicle and seems to check all the boxes when it comes to materials, styling, technology and safety. Eventually the Civic lineup will balloon with more body styles but the 2016 Civic appears to be a huge departure in direct compared to the current model, and that is a good thing.”

Mendel said he expects the car to continue to generate about 800,000 sales annually, even with the popularity of crossovers. He said 46% of the U.S. market is still sedans — if you count crossovers as trucks.