When it comes to cars, the Police Package usually means that every important aspect of the ride has been cranked up a notch. Today’s Nice Price or Crack Pipe Intrepid is just such a car, but we’ll have to see if its condition and price will have you saying; “hey man, nice package.”

So we’ve previously discussed how the taking of her glasses and unleashing her ponytail can suddenly turn a high school nerd girl into a stunning vixen. It’s just that simple. We saw a similar transformation this past Friday with a 1974 AMC Matador that shed its bumpers turning it from dowdy and dumpy to damn-girl dynamic. Well maybe that’s overstating it, but it was cool looking nonetheless. Its price was too, earning the custom coupe a satisfying 55% Nice Price win, the only one of last week.

AMC’s Matador Coupe was one of the ‘70s’ most expressively designed mid-sized personal coupes.…

I’d like to start out today’s query with a question of my own: am I the only one that’s surprised that Dodge was still making the Intrepid in 2004? Geez, I thought that whole cab-forward thing was a total throw-back to the Nineties and no more.

Well, apparently not only were they cranking them out well into the new millennia, but they also offered them up in a Police Package. You know, for the police. This 2004 Intrepid RT is claimed to be just so equipped, and not only that, but it also has done only 80K in patrols. That’s less than 7,300 miles a year and right there in the sweet spot in between driving it to death and using it or losing it.

The rationale for the low miles is that this Dodge was used by the Military Police and they are not all that likely to get involved in long-distance pursuits. There’s also the bonus that it’s less likely that anyone has ever bled, puked, shat, or tinkled in the back seat of this black on black institutional sedan. 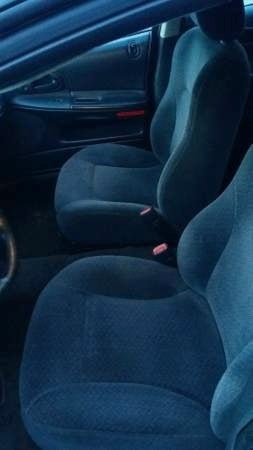 The ad claims the car has a 250-horse 3.5, however Allpar pegs that engine at 242-bhp and a healthy 248 lb.-ft of torque, the latter made available at a low 3,950 RPM. There was an HO edition of the SOHC V6 back in the day which did make 250 ponies. It’s not that big a difference as to who’s telling the truth to really matter anyway.

Transmission duties are handled by 4-speed 42LE, and this car looks to be a column shift despite having bucket seats. Other aspects of the car – suspension, cooling, electrical and brakes – are all upgraded with heavy-duty elements on the Police Package. That may make them longer lasting, but unfortunately, perhaps more expensive when they need to be replaced.

Oh and a word about the brakes on these cars; the early ones had a rep for catching on fire when called to task too frequently. That shouldn’t be an issue with this one, as Chrysler instituted a fix, but does add to the car’s lore.

Other interesting things about the Intrepid are that the design goes back to the ‘80s, and was used for a Lamborghini show car called the Portofino back when Chrysler owned the Italian brand. The early Intrepids were also dunned for having tiny little headlights that didn’t offer much in the way of help when new, and demanded a red-tipped canes when yellowed with age.

This one, being the letter generation doesn’t have that problem, as Chrysler wisely opened its eyes with the restyle. They also made it looks like a huge Neon – or maybe they made the Neon look like a shrinky-dink Intrepid, it’s really hard to say.

What isn’t hard to say is that this honorably discharged former military police Intrepid now comes with a $2,750 price tag. No really, it’s pretty easy. Repeat after me – this honor… oh never mind.

What’s your take on this stealthy sedan for that kind of cash? Does that seem like deal for a heavy duty edition of this mid-aughts Mopar? Or, for that much do you think it couldn’t even get arrested in this town?

Baltimore Craigslist, or go here if the ad disappears.