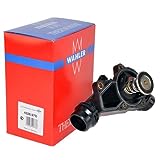 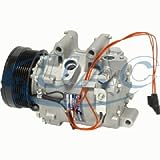 BARCELONA — Mark Fields’ stance on Apple’s hacking dispute with the FBI aligns very closely with those of other big consumer tech companies. And that’s fitting since one of the key things driving the Ford CEO’s appearance at Mobile World Congress this week is Ford’s transition from an automotive company to an auto and a mobility company.

“We’re watching the (Apple) situation closely,” Fields said during an interview with USA TODAY. “Our view as a company is we take the security and privacy of our customer data when they share it with us very carefully. Customers…own their data. We want to be trusting stewards for that data and we’re committed to protecting it.”

Field’s comments somewhat echo those of Facebook CEO Mark Zuckerberg, who also weighed in on the Apple debate at the MWC confab.

In attending MWC, Fields is mindful that people keep talking about about how the auto industry is at risk of being disrupted by tech companies. His answer: “At Ford, we’ve decided to disrupt ourselves by expanding our business model.”

“We’re going to invest in our core business because for our lifetimes that’s sill going to be a very important business and it’s going to be a growth business,” he said.

“At the same time we see these merging opportunities in mobility and that’s why we put together our Ford Smart Mobility plan-looking at elements of connectivity as the vehicle becomes part of the Internet of Things.”

Ford announced that it was tripling its engineering investments over five years in semi-autonomous technologies and driver-assist features. The technologies aim to help drivers parallel park or steer into perpendicular spots. Or alert drivers who may drift outside their lanes.

At MWC, Fields talked up the latest initiatives, including GoPark, a pilot program designed to direct drivers to a place where they’re most likely to find an available parking spot. And GoPark is open to everyone, not just Ford owners, Fields says.

Ford is also working on something called Fully Active Parking Assist to let drivers at a push of a button have the car park itself.

Yet another feature under development is Traffic Jam Assist, which promises to help relieve driver stress during slow-moving, stop-and-go traffic.

The features will roll out during the next three years.

Ford continues to press on testing fully-autonomous vehicles; at the CES conference in January, the company announced that it was tripling its test fleet for such vehicles.

Still, Fields says not everyone will gravitate towards self-driving cars, which he previously said would arrive around 2020.  “I think during our lifetimes and probably our kids’ lifetimes there will still be a majority of people that like to drive,” he says.

Fields’s visibility at a European mobility conference reflects the importance of the market to Ford. The company announced that it was bringing its Sync 3 connected infotainment technology to Europe, which launched in North America last summer on the Ford Escape and Fiesta.

“We turned the corner with Ford Europe last year versus the last number of years…we returned to profitability,” Fields said. “

Fields also has his eye on global trends, to examine the impact on Ford’s business. Urban congestion is one concern. In London, motorists are charged a fee for driving in certain congested areas. (And) “you have places like Oslo that have outlawed the use of private vehicles in the downtown area by 2019. We’re looking at that and (asking), `how do we we respond to that?’”

Back in the U.S., Ford recently announced that it was teaming up with Amazon to bring its cloud-based Alexa voice, the same vocal digital assistant inside the Amazon Echo wireless speaker for the home, into the car. The vision is you might ask Alexa what the weather is like or to have her turn on the lights or open the garage door as you near home.

Ford partners with Amazon to connect cars with homes

“We think about how can the car and how can a Ford in particular play a role in making people’s lives better,” he says.