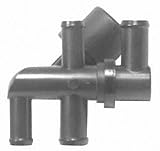 The next decade in the automotive industry will be defined by self-driving vehicles, and Ford is taking the necessary steps to ensure it’s at the forefront of the movement, CEO Mark Fields said Tuesday.

The Michigan-based automaker announced plans to accelerate its development of self-driving cars, as it races to keep up with its traditional competitors and technology companies alike.

The company is doubling the size of its staff in Palo Alto, California, to more than 300 employees, expanding its offices and labs in that city, and signing new partnerships with companies that are developing technology for self-driving cars. The moves are the latest by Fields to reposition Ford into a full-fledged mobility company.

“It’s a very exciting time in the industry,” Fields told CNBC’s “Squawk Box.” “Our view is autonomous vehicles could have just as much [of an] impact on society as Ford’s moving assembly line did 100 years ago.”

The chief executive meanwhile teased additional news to come from Ford later in the day.

Since he became CEO in 2014, Fields has moved quickly to expand Ford’s operations in Silicon Valley. Within months of taking the helm, he opened the company’s research and development center in Palo Alto, saying the automaker wanted to be “part of the conversation” in an area rich with tech talent and engineers working on autonomous-drive vehicles.

While many on Wall Street and in the auto industry have applauded Fields’ push to transform Ford, the company finds itself trying to keep up with other automakers and tech firms.

Google‘s Self-Driving Car Project and Tesla‘s autopilot have garnered more headlines, creating the perception that they are far ahead of others in developing autonomous-drive vehicles.

At the same time, Ford’s traditional rivals are moving quickly to pivot away from the auto industry’s long-standing business model. General Motors, for example, has invested $500 million in ride-hailing company Lyft, while Volkswagen has taken a stake in Gett, a similar company that operates primarily in Europe.

Yet Fields is adamant Ford is not falling behind. As proof, the automaker and Chinese search engine Baidu are putting a total of $150 million into Velodyne LiDAR, a company that designs and builds sensors that are critical for the operation of autonomous-drive vehicles.

Fields doesn’t expect fully autonomous vehicles to be widely available for several years, but said he wants his company to be ready. That’s particularly true as customers are telling Ford “more and more” that they’re interested in the technology.

“We feel really good about where we’re at,” Fields said.