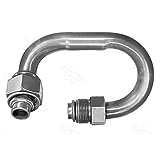 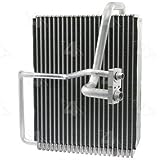 Like most ambitious Harvard business graduates, Mark Fields was always looking up at the next rung of the ladder and was seduced by the allure of the C-suite.

“Early in my career I was always thinking about how do I get to the next level,” said the executive who has been with Ford for 26 years and climbed a lot of rungs.

“You are always seduced by it,” Fields told attendees this morning at the Fuel: Detroit leadership conference.

Today, Fields is Ford’s CEO. And he has brought a briefcase full of experience and lessons to the challenges ahead in a world where even a company more than a century old must act like a start-up in terms of innovation, speed, willingness to make mistakes and learn from them.

Fields has always been more of a leader than a follower. When he graduated from Harvard in 1989 his colleagues went into the investment banking world. Fields went to a car company in Dearborn.

“I love cars but I was not a gear head in any way,” Fields said.

But he has enjoyed a career that has taken him around the world and last summer he took over as CEO from the retiring Alan Mulally.

He worked alongside Mulally for eight years, helping develop the Ford plan. He has no intention of throwing out that plan. The difference today is the speed at which it must be implemented at a company that is trying to address global mobility.

To do so, he said he has learned the importance of putting aside egos and serving — and his wife helps keep him humble when he gets home and has to unload the dishwasher and take out the trash.

He did not clean out the C-suite. He swapped a couple assignments. Jim Farley, head of global marketing, sales and service, took over running Ford of Europe and European chief Stephen Odell returned to Dearborn to assume Farley’s old job.

He is seen as the one pushing for the reinvention of Lincoln with greater investment and ambitious plans to triple the brand’s global sales to 300,000 by 2020.

Along the way, Fields told an audience of leaders that he learned to seek feedback from all levels at all times.

When he was named CEO of Mazda at age 38 and the Japanese wondered if the appointment was a slight because age denotes wisdom, Fields said he set out to work hard and prove himself. And, critically, he sought immediate feedback from his translator so he could learn immediately from his mistakes.

He continues to apply that philosophy. Fields said Ford won’t be the first automaker to introduce autonomous cars. Being true to the brand means Ford will not put them on the road until driverless cars are accessible and affordable.

And he said he is appreciative of innovators like Tesla for bringing awareness to electric cars and new technology.