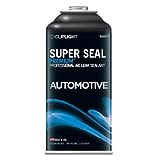 Ford CIO: Driving The Automaker Into The Future – InformationWeek

Posted: Monday, November 30, 2015
Marcy Klevorn had already entered the business field when she decided to pursue a tech career. Now, the VP and CIO at Ford Motors discusses her career path, leadership tactics, and hiring the next generation of IT pros.

Marcy Klevorn, VP and CIO at Ford Motor Company, worked her way through business and technical roles before becoming the company’s IT leader. Here, the woman who launched Ford’s Office of the CIO discusses her career path, approach to innovation, and preparing the auto giant for a more collaborative future.

Regardless of your industry, her story and ideas offer some valuable insight on engaging a massive workforce, scouting top talent, and encouraging new ideas, while reducing risk.

Like many tech pros, Klevorn has learned to recognize how every company is a tech company when technology becomes core to the business. She acknowledged this truth at an October panel of female IT leaders.

Adopting the changed mindset is no small feat at a company as large and historical as Ford, which celebrated its 112th birthday this year.

[These tech jobs are getting big salary bumps next year. Is yours on the list? ]

Aside from some coding classes during her business-school education, the University of Michigan graduate had little technical experience prior to entering the workforce. In fact, she had started a marketing role on the Ford account team at AT&T when she realized she wanted to pursue a tech career.

“I decided I liked solving business problems with technology a lot, so I took an internal test [to switch],” Klevorn explained in an interview with InformationWeek. “From there, I got more into a network engineering type of role, still on the Ford account team.”

After one and a half years at AT&T, she joined Ford in a technical telecommunications position. She held several roles across business and IT, including a term on the technical side of Ford Motor Credit, updating financial systems at Ford Motors, and revamping business and IT strategy in product lifecycle management.

After a term as director of IT operations and overseeing data centers, networks and collaboration tools, Klevorn spent time in Germany as the Ford of Europe CIO. In 2013 she returned stateside to form the Office of the CIO at Ford’s world headquarters in Dearborn, Mich.

It was “a new construct for the industry at the time,” she said. The Office of the CIO combined IT functions spanning cybersecurity, enterprise architecture, IT strategy and technical services into a singular group. Klevorn was appointed global CIO in January 2015.

After 32 years at Ford and nearly one as CIO, Klevorn reflects on her goals and challenges in engaging almost 11,000 IT employees and preparing Ford for the future of technology.

A New Approach to Leadership

To address the evolution of IT, Klevorn is implementing a “bimodal” IT strategy for working with standard and emerging technologies. The strategy will acknowledge Ford’s foundational business of designing, manufacturing, financing, and selling vehicles, while giving employees the freedom to explore new tech and business models.

The idea is that employees will take different approaches depending on whether they’re working with Ford’s traditional business or emerging technologies. Risk in Ford’s auto manufacturing plant is low, she said, because there is extensive testing and there are backup plans.

However, the risk of working with new technologies and business models is much higher. IT workers may need to adopt new approaches to ensure they can move at market speed, depending on the technology being used.

To minimize risk, Klevorn has introduced what is called the “happy pass” for testing new projects. If an employee is using a standard technology, not using private data, and working with a small group of customers, they can use a “happy pass” to skip the first few steps of the approval process and go ahead with trying a new idea.

Innovation at Ford has also stemmed from crowdsourcing ideas, offering open-ended challenges, and hosting hackathons, which have resulted in patented ideas.

“[It’s] really just creating the right environment, and allowing people free time to engage in things like hackathons,” she said. “It’s about setting the tone so they can feel free and get rewarded not only for succeeding here, but for trying something and failing, and celebrating those failures because they really are learning.”

Multimodal transportation and vehicle connectivity are both undergoing experimentation at Ford. Sensor-equipped bicycles have been a focus out in Palo Alto, Calif., where Ford recently created a new research center to drive innovation. The team is developing hardware it can attach to bikes for the purpose of collecting data.

Half of the Palo Alto team is comprised of IT employees. Vehicle autonomy is another key focus, said Klevorn, and Ford is currently aiming to take autonomy “to the next level” by testing vehicles in a “fake city” near its Michigan headquarters. 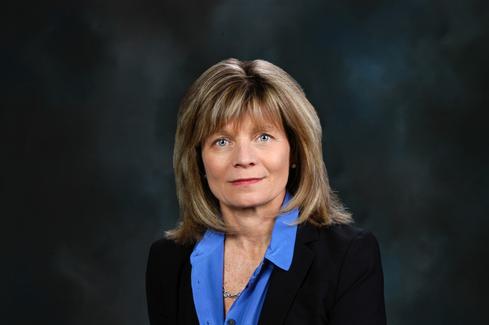 Recruiting and Retaining New IT Pros

Part of driving innovation in IT involves recruiting the right skill sets. Teams need a combination of business and IT expertise, Klevorn said, but not necessarily in each employee.

Klevorn described the struggle to recruit fresh young talent and is taking a new approach to hiring IT pros. Ford started using Facebook and Twitter to engage with students, for example, and changed its on-campus presence. Having an office in Palo Alto has strengthened its connection to Stanford University and a community of talented people who may not otherwise consider the Michigan-based company.

“It’s important to understand the campus you’re going to, [and] make sure you’re reflecting the diversity of that campus and the diversity Ford has to offer,” she explained, adding that students often prefer to interact with employees from their peer group.

To appeal to incoming employees and boost collaboration among workers from varying backgrounds, Ford is implementing an open seating plan. The goal is to give employees space to work together, bounce ideas off one another, and share feedback more easily than a cubicle layout or closed office environment would allow.

Klevorn noted the plan made a tremendous difference for Ford interns, from whom she learns about expectations of future employees. Interns who weren’t part of the open seating plan “tended to feel a little more isolated, and not as much part of the team,” she explained. Those who were, “felt instantly part of the team” and “felt they had a network.”

While the open seating plan has made a positive difference, Klevorn values the importance of enabling employees to work from wherever they are most productive.

“I’m pretty passionate about the tools we provide our employees,” she said. “And you have to balance that with affordability, so we can’t always do everything that we would like to do.”

To maximize mobility, employees are given laptops and access to audio conferencing tools, portable video cameras, or laptops equipped with cameras. She wants to ensure “it’s not frowned upon” for workers to connect remotely.

Being an Approachable Leader

Even so, engaging with a team of almost 11,000 is a challenge. Klevorn describes a few concepts she started to help employees feel they can still drop her a note or ask for help, even if they don’t personally know her.

One example is “If You Have A Minute,” a 60-second video clip she records every Monday to update employees on daily happenings at world headquarters, share what’s on her mind, and distribute recognition. Another event, IT Connect, is an all-hands meeting during which IT workers meet virtually for an hour to discuss topics around innovation and to ask questions.

On a larger scale, Klevorn moderates a leadership panel called “Ask Us Anything,” during which global leaders across IT, finance, HR, and communications all answer questions sent electronically from employees.

“No topic is off-limits,” she noted. “It’s a way for people to get to know the leadership team in a fun and friendly way, and to just see their faces.”

As a female IT leader at an automotive company, Klevorn acknowledged the lack of role models available to her in both industries. She emphasizes the importance of being an approachable leader and providing equal opportunities to all employees.

“What I try to do is never say no,” she said of accommodating meeting requests and talking about issues with employees. “If you make yourself very approachable, people will not be afraid to come have an honest, open conversation with you.”