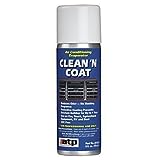 Ford CEO Mark Fields talked about new developments in the Smart Mobility plan in a presentation in January. Ford announced last week that the Smart Mobility effort would be housed in a new subsidiary. Image source: Ford Motor Company.

Ford Motor Company (NYSE:F) said on Friday that it is creating a new subsidiary to “design, build, grow and invest in emerging mobility services.”

What Ford said: The new subsidiary is called “Ford Smart Mobility LLC”. It’ll be run by Jim Hackett, a former CEO of Steelcase who has been a member of Ford’s board of directors. Hackett will resign his board seat to take on the new role.

“Ford Smart Mobility and expanding into mobility services are significant growth opportunities,” Ford CEO Mark Fields said in a statement. “Our plan is to quickly become part of the growing transportation services market, which already accounts for $5.4 trillion in annual revenue. Jim Hackett is the right visionary leader — with extensive experience in business development and design — to take us into the mobility services business in the future.”

Hackett “will lead a team of business and technology leaders from inside and outside the company,” Ford’s statement said. Hackett will be the chairman of the new LLC’s board; he will be charged with appointing a CEO and filling other senior management roles. He’ll report directly to Fields.

What it means: It’s an interesting step for the “Smart Mobility” initiative that Fields first announced early last year to respond to Ford’s observation that “the world is becoming more crowded and urbanized, air quality is a global issue, and customer preferences are changing rapidly.”

As Ford explains it, the Smart Mobility plan has several key parts:

Ford’s announcement of the new LLC doesn’t spell out exactly why the company felt it needed to place this initiative in a newly created subsidiary. My guess is that Fields is hoping to foster a cultural shift, to create a more nimble, entrepreneurial environment for the Smart Mobility project that is at least somewhat outside of Ford’s big-company structure.

What it means for investors: Ford, like many of its rivals, is moving aggressively to keep pace with auto-related developments from Silicon Valley — and trying to show Wall Street that it’s not going to be left behind.

Rival General Motors (NYSE:GM) is doing much the same thing, in a somewhat more tangible fashion: GM’s $500 million investment in Lyftand its move last week to purchase driverless-tech start-up Cruise Automation are just two of several convincing signs that GM is moving to match or beat any potential “disruption” from the tech world.

At least right now, Ford’s Smart Mobility effort is still a little more nebulous. But it’s possible that Hackett and his still-to-be-named new executive team will begin to change that in coming months — and that Ford’s high-tech efforts will become a bit more visible to investors. We’ll be watching.