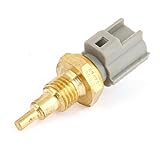 $64.75
Home › Blog › US Automotive News › Ford Focus car review – ‘It has a slightly naff, travelling-salesman back story, but the handling is beautiful’ – The Guardian

Ford Focus car review – ‘It has a slightly naff, travelling-salesman back story, but the handling is beautiful’ – The Guardian

“People,” (I am channelling Ford’s marketing manager, talking to the car designers here) “who is the Focus actually for?”

“Is it,” suggests a middle-ranking designer, possibly wearing a bow tie, “a young executive who hasn’t hit his full earning potential and enjoys the open road?”

“No!” thunders the marketeer. “He has a BMW on hire purchase, fool.”

“Is it a petrolhead divorcee on a budget?”

“Prius. Get better at this.”

“Wait! The buyer isn’t the driver. He’s buying it for someone else…”

“He’s buying it for his kid. There is a slight resentment on the part of the father, at how easy his son has it, because he had to buy his own car, and it was a 10-year-old Peugeot 208…”

“So he bought him a Focus as a passive-aggressive act, because it has a slightly naff, travelling-salesman back story, yet he does love his son, and wants him to have an epic driving experience, which he will, because the handling is kind of beautiful and the petrol engine has serious poke. Then the mum gets involved and starts on about emissions, so he gets the Ecoboost, which brings CO2 down mainly with regenerative braking, so still spews out 127g/km.”

“Get back to the family.”

Related: Citroën DS3 Cabrio car review: ‘There is nothing about this car that doesn’t make perfect sense when you’re eight’

“OK, the dad wants his kid to wake up on his birthday and start crying, then have to hide it, which again is a bit passive-aggressive. Enter sports pedals, sports-style seats, lots of red stitching, a large rear spoiler, a front grille that looks like the open mouth of a predator. He wants this car to get his son a girlfriend, even though he has a lot of conflict about this, too, and when it happens, a part of him will die.”

“Why didn’t he get a Seat Leon SC, like all the other kids in Guildford?”

“I’m glad you asked: because he wanted five doors so that Junior could drive when they go to the pub for lunch, even though the mum never really drinks, except with her friends. And when he was looking at it, he noticed plentiful leg room in the back. You see, we genuinely designed the passenger row with the resentful silverback in mind.”

“You are brilliant. And the son: what happens when he sees the car?”

“He gets into it, and he drives to Spain, and then he lives there for the next 15 years.”