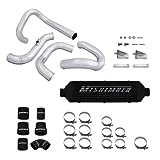 Ford Motor Ford Motor sales declined 1.8% last month compared to November 2013, the company reported Tuesday. While a slip was anticipated the 187,000 vehicles sold was a weaker showing than anticipated. The automaker’s namesake brand saw sales decline 2.6% year-over-year and once again a 20.6% increase in sales from the tiny Lincoln brand didn’t move the needle much.

Ford still sells more trucks than cars or utility vehicles but that figure declined 9.9% to 70,903 with sales slowing for all four of its previously existing truck models. Cars fared only slightly better with a 6.4% decline in sales to 55,186 vehicles across Ford and Lincoln. Five of its seven Ford brand car models had lower sales last month but Mustang sales grew 62.4%. Utilities however gained 15.4% to 60,911 vehicles.

Ford shares were initially down about 1% in early trading to as low as $15.61 a piece but climbed into positive territory in the first hour of trading hitting as high as $15.86.

However, the news from automakers Tuesday was not all bad. In fact, both Fiat Chrysler Automobiles and General Motors were trading higher after reporting solid November growth.

Chrysler, which is now a part of Italy’s Fiat Chrysler Automobiles, showed a 20% year-over-year increase in U.S. vehicle sales last month for a total of 170,839 units sold. This marks the group’s strongest November sales in 13-years with all five of its existing brands — Chrysler, Jeep, Dodge, Ram Truck and FIAT — clocking in gains.

“In total we had 11 vehicles last month that set new sales records. Calendar year to date, Chrysler Group remains the fastest growing automaker in the country,” said Head of U.S. Sales Reid Bigland in a statement. Chrysler’s bestselling brand remained Jeep with 57,489 units sold up 27% from the year prior. The largest gainer last month was Ram which at 40,864 sold 31% more cars in November 2014 than it did in November 2013. Trucks remain a much bigger seller for Chrysler than cars — 129,320 units versus 41,519 — but with a 26% increase car sales are growing faster than truck sales which gained 18%.

Shares opened trading Tuesday up 3% and quickly registered a fresh high of $13.12. The stock just began trading on the New York Stock Exchange in mid-October.