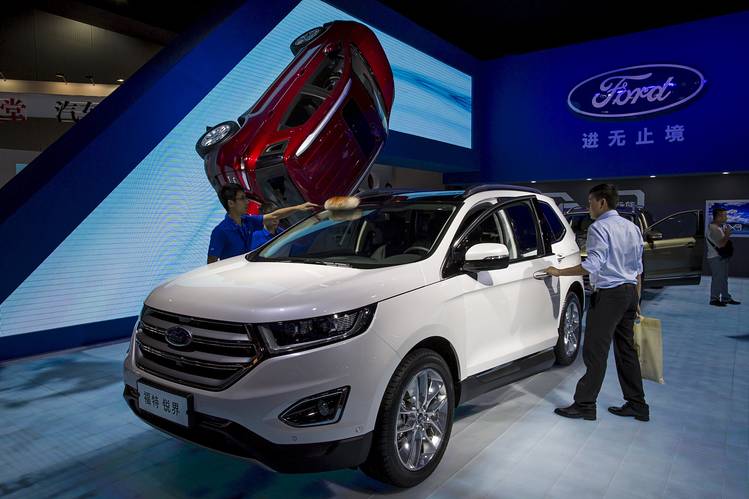 
is the second Detroit auto maker to say it ended 2015 on a high note in China, reporting a 27% increase in December sales, as automobile demand continues to rebound in the world’s biggest light-vehicle market.


, which sells more than three times more vehicles in China than its smaller crosstown rival.

For the year, Ford’s China sales topped one million vehicles and rose 3%, compared with the same period a year earlier. The company said the launch of its Lincoln luxury-car brand in China got off to a good start in 2015. The figure also represents a change in sales reporting, as the auto maker stopped using wholesale figures in early 2015 and moved to vehicle deliveries.

The auto maker based in Dearborn, Mich., is a latecomer to China. GM, Volkswagen AG
VLKAY


of Germany and others entered the market with products decades ago and have been expanding capacity and sales channels ever since.

Ford will continue to expand its footprint in China, particularly for a Lincoln premium brand trying to catch up to GM’s Cadillac, Daimler AG
DDAIY

Ford aims to have 60 Lincoln dealerships in 50 cities by year-end, and it will introduce the Continental
CLR


sedan to the market this year. The Continental will battle against Cadillac’s CT6, which hits showrooms this year as well.

Outside of the U.S., China is considered one of the most profitable markets in the world. But China, like a handful of other emerging markets, provided its share of turbulence to the global auto industry in 2015.

Long billed as the world’s most promising light-vehicle market, China’s rapid auto-sales growth slowed, with car companies reporting sluggish volumes early in the year and rare sales declines in the summer months. Volumes rebounded in the fourth quarter of the year, however, as new tax incentives led to what LMC Automotive calls a “V-shaped rebound.”

Local auto makers selling “new energy” vehicles, such as electric cars, are benefiting from policies aimed at sparking sales of more-efficient products. Sport-utility and crossover vehicles—segments where some non-Chinese auto makers thrive— have also been strong.

‘Optimism for sales activity in the Chinese market has increased dramatically since the government announced measures to reduce the vehicle purchase tax.’

—IHS Automotive, in a market forecast

Not every auto maker is enjoying an upswing, however. Volkswagen, one of the dominant competitors in China, reported a 2.1% decline in December and a 3.4% decline over the course of the year.

VW, rocked by a global diesel-emissions cheating scandal, said it sold 3.55 million vehicles in China last year, compared with GM’s record 3.61 million. GM reported a 14% gain in December sales and a 5.2% rise for the year.

Full Chinese light-vehicle sales statistics are due later in January. Several auto makers posted sales gains in December and the 2015 calendar year, according to a roundup of results published by WardsAuto.com. Honda Motor Co.
HMC


of Japan were among the winners in last year’s sales chase.


, also based in Japan, has led the companies calling for growth rates this year well below the high-single-digit percentage increase estimated for 2015. Barclays
BCS


auto analyst Brian Johnson said he expects growth in China to be “at a more tapered level than earlier in the decade and a lower absolute volume than most would have expected a year ago.”

The sales pace in the final months of last year was sizzling. Car makers in China shipped about 2.2 million passenger vehicles in November, a 24% increase over the same period a year earlier. That jump was largely because of Beijing’s halving of the purchase tax on small cars to 5% from 10%, covering about 70% of the vehicles sold in China. 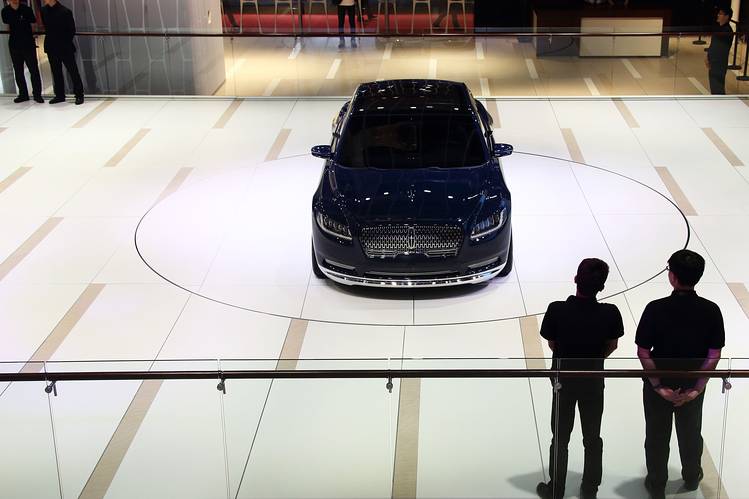 Still, analysts are concerned about a glut of capacity. Credit Suisse,
CS


for instance, estimates there was a sharper increase in production than sales in November, helping drive up sales incentives and stoking fears that a price war in China will accelerate.

“Optimism for sales activity in the Chinese market has increased dramatically since the government announced measures to reduce the vehicle purchase tax,” IHS Automotive said in a forecast issued on Friday. “However, continued stock market volatility may intimidate some buyers.” The firm now expects light-vehicle sales growth to increase 5% to 6% in 2016, enough for additional sales of more than 1.3 million vehicles.

Write to Anne Steele at Anne.Steele@wsj.com and John D. Stoll at john.stoll@wsj.com