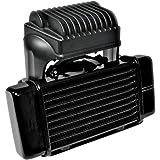 This undated photo provided by Ford shows the company’s new 2015 F-150 pickup truck. On Monday, Jan. 13, 2014, Ford unveils a new F-150 built almost entirely out of aluminum. The lighter material, which shaves as much as 700 pounds off the truck, will save fuel and make the truck more nimble without sacrificing power, Ford says. (AP Photo/Ford)(Photo: AP)

As Americans struggle despite a reviving economy, a tough pickup truck straight out of Detroit has been named the leader on Cars.com’s American-Made Index.

Second place may come as a surprise: Toyota Camry. Though it’s made by a Japanese company — and the profits are shipped across the Pacific — the car is made at U.S. plants with mostly U.S. parts.

The American-Made Index, in its ninth year, rates cars on two key pieces of information that can be found on the window stickers of every new car: final assembly point and the vehicle’s domestic-parts content.

The labels show the percentage of U.S. and Canadian parts. (By congressional mandate, the American Automobile Labeling Act lumps Canada into the same “domestic” pool.) In addition to showing where the car was built, the label will tell you where its engine and transmission were made as well.

It doesn’t hurt that Ford’s F-150 and its heavy-duty variants are, together, the nation’s top-selling vehicle of any sort. Toyota Camry is the top-selling car in the U.S.

The 2014 list has four newcomers: the Chevrolet Corvette, Honda Ridgeline, Honda Crosstour and Dodge SRT Viper. This is the first year any of those have made the list.

That’s because only these 10 cars were eligible for the index, the fewest in the study’s nine-year history.

For the 2014 model year, just 13 models assembled in the U.S. have domestic-parts content of 75 percent or higher, the National Highway Traffic Safety Administration said. Three of those, including the Avenger, were disqualified because they’re being discontinued.

Here’s the 2014 list by model and where it is manufactured: