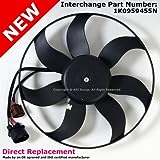 Ford Q4 earnings down, but cap one of ‘best years ever’ – USA TODAY Ford’s aluminum-bodied 2015 F-150 pickup might cost too much to build, too much to market, eroding this year’s earnings, some Wall Street analysts fear.(Photo: Ford)

The fourth quarter earnings were down $402 million from a year earlier. Still, Ford called it “one of the company’s best years ever.”

Ford added to its fourth-quarter results by favorable tax “special items” of $2.1 billion, which outweighed special charges of $311 million. Netted-out, Ford’s Q4 was $3 billion, or 74 cents per share.

The automaker said it had its best pre-tax profit in automotive operations in more than a decade — $8.8 billion, leading to a record profit-sharing payout averaging $8,800 to all eligible union workers.

Ford results “were ahead of expectations. Earnings per share of $0.31 were three cents above investor expectations,” said Christian Mayes, analyst at Edward Jones Equity Research.

“We think North American profitability held up better than many were planning for, despite a $300 million higher warranty expense during the quarter.”

The warranty costs were due to a recall of the Escape SUV with 1.6-liter engine for leaking fuel lines, he said.

The quarter’s and year’s earnings weren’t as much on the minds of analysts as is this year’s outlook — especially whether Ford can successfully manufacture, launch and market its 2015 F-150 pickup. The new truck, due in showrooms late this year, is the best-selling vehicle of any kind in the U.S. and accounts for most of Ford’s profits.

“The move to aluminum will be expensive. Ford is investing in new equipment and training,” Mayes says. “This is a gutsy move, as Ford will either leap-frog ahead of the competition on light-weighting vehicles to improve fuel economy, or they could mess up what is arguably one of their most profitable products.”

“Given we already received 2014 guidance and an update on 2013 guidance last month, we see Ford’s 4Q” results as less important for investors than “the new F-150 and macro risks,” .wrote Brian Johnson of Barclays.

“The reception of Ford’s new F-150 large pickup truck, which is shedding 700 pounds of weight by moving to an aluminum body, has been impressive thus far,” he said in a note to clients.

He’s talking about the pre-launch buzz. The truck’s not on sale until late this year.

Industry veteran Jack Nerad, executive editorial director and market analyst at Kelley Blue Book, said, “For 2014 it is important that Ford executes a successful wind-down of current F-150 and make a successful launch of its successor. Mid-cycle renewals of other products are also important, and Ford has a chance to add volume with the all-new version of Mustang.”

Mayes said this year “looks to be tougher than 2013. The company is planning to refresh its product line with 16 new models in North America, which will be pricey and result in downtime at Ford’s plants as they changeover to the new vehicles.”