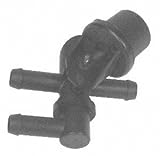 Ford is to create 318 new jobs at Dagenham, Essex, in a new plant to build low-carbon engines for cars.

Work begins next year, with the new engines being installed in commercial vehicles from 2016 and in private cars from 2018. Together, the new production lines will be able to produce 500,000 engines per year – 150,000 of them for passenger vehicles.

“From pencil line to production line, these engines will be fully designed and built in the UK, securing the future of the plant at Dagenham,” said the business secretary Vince Cable.

The government is injecting £8.9m of public money into the second phase of a project to boost the production of diesel engines at Dagenham. In September, Ford announced a £287m plan to build low carbon two-litre diesel engines for commercial vehicles, which meet the air quality requirements for London’s proposed ultra low emission zone. That first phase received £9.2m in government funding from central government, via the regional growth fund.

The new investment follows plant closures at Ford’s UK operations last year. As the economic crisis led to a slump in new vehicle sales, the US car firm closed a factory in Southampton, which had been producing transit vans for 40 years, moving production to Turkey, where the company said labour costs were significantly lower.

Unite, the trade union, described the closure as a “betrayal”, saying up to 10,000 jobs in the local economy could be at risk as a result.

Ford also shuttered a stamping and tooling operation in Dagenham, which had stood on the site since the 1920s, reducing Ford’s overall head count in Britain from 14,300 to 13,700, but this new investment in Dagenham should bring the company’s UK workforce back above 14,000.

Ford employs 2,800 workers at Dagenham, which supplies half of all its diesel engines worldwide, with 85% of engines build in the UK exported overseas.

The jobs will secure Dagenham’s position as the largest of Ford’s three sites in Britain. A plant in Bridgend employs 2,200 and Halewood has just over 700 employees.