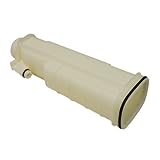 The numbers may not be huge, but for Ford’s iconic Mustang, the figures prove its international expansion is working.

“The legacy of Mustang continues to grow, and in places it never reached before,” said Mark Schaller, Ford Mustang marketing manager.

This is exactly what former Ford CEO Alan Mulally had in mind when he announced plans in 2012 to eventually sell the Mustang in Europe and elsewhere around the world. By 2015, Ford started shipping the pony car overseas, and since then, those international sales have been a primary reason for the car’s global growth.

While the sale of 150,000 Mustangs is impressive for a niche vehicle, it represents just over 2 percent of the 6.6 million vehicles Ford sold worldwide last year. In addition, the Mustang is far from achieving the record annual sales it posted back in the ’60s. The best year ever for Mustang sales was 1966, when Ford sold 607,000.

There are now 140 markets where the car is sold, including China. Last year, Mustang sales in that country climbed 74 percent.