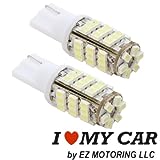 Ford shows redone Taurus for China, not US – USA TODAY

Ford Motor showed a new version of its Taurus big car exclusively for the China market at the 2015 Shanghai auto show. The car’s 6 in. shorter than a U.S. Taurus, but has a 4-in. longer wheelbase for more interior room, especially in the back seat area, where owners often ride in China, instead of driving themselves.(Photo: Ford Motor)

Ford unveiled a redesigned version of its Taurus sedan, once the quintessential American car, at the 2015 Shanghai auto show, calling it a “new premium business sedan for China.”

Taurus will be manufactured at new $760 million Changan Ford Hangzhou plant, the automaker said. It’s not intended for the U.S.

“Given the state of the full-size sedan market, no one is surprised that the Ford Taurus redesign isn’t coming stateside,” says Akshay Anand, analyst at Kelley Blue Book’s KBB.com.

Michelle Krebs, senior analyst at Autotrader, says, “The Ford Taurus is a storied name in US automotive history, but the fact is, the full-size car market has been in decline in the States with no end in sight. The new Ford Taurus illustrates how the needs of Chinese car buyers are are leading design and decisions on product development by global automakers.”

Taurus sales in the U.S. were down nearly 28% the first quarter this year vs. the same period a year earlier, according to Autodata.

Ford cites its “One Ford” philosophy in describing the creation of the China Taurus. That approach, a rule of former CEO Alan Mulally, dictates little or not difference among cars sold worldwide, to keep down costs that come from modifications and the design and production changes required to accommodate them.

That would suggest that the China car becomes the global Taurus, but Ford gave no such hint in the Shanghai unveiling, emphasizing how carefully it had studied the Chinese culture and use patterns before crafting the China Taurus.

Of course, even very globalized automakers don’t sell all products in all markets. Ford’s full-size F-150 pickup, for instance, is mainly a North American product.

What are considered large cars in the U.S. are mostly big midsize sedans or large cars on the small end of the big index.

The China Taurus is 6 inches shorter than the current U.S. Taurus, but rides on a wheelbase 4 inches longer, which opens up more leg room, especially in the back.

In China, owners often ride in back, rather than driving themselves as is typical in the U.S., even among executives.

According to Ford, the China-market Taurus has “abundant second-row legroom, and generous shoulder and hip room.”

Ford notes that the China Taurus has “more than 25 intelligent stowage spaces throughout the cabin,” including cupholders “designed to securely hold different-sized tea bottles … Reflecting the importance of second-row passengers in China — where the owner of a premium vehicle is often a passenger rather than a driver — the second row has been designed with an emphasis on comfort.”

China is a big and growing market and has plenty of demand for big cars. In fact Buick, an iconic big-car U.S brand, sells more vehicles in China than the U.S. and as a result its Chinese unit does most of Buick’s big-sedan design.

U.S. buyers who favor big vehicles pick SUVs instead. or slip into the luxury category, settling for a smaller car in exchange for bigger prestige at about the same price.

That “isn’t a trend that will go away any time soon,” Anand says.