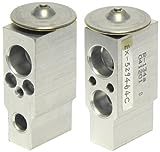 Ford tries to disrupt itself in Silicon Valley – MarketWatch

The area around Hillview Avenue in Palo Alto is dotted with well-known tech innovators: Xerox’s PARC, Microsoft’s Skype, VMware Inc. and HP Labs, among others. Amid the research centers and campuses of these tech stalwarts is another well-known company, but one whose name might seem somewhat out of place among these Silicon Valley trailblazers.


is hoping to change that. Last year, the auto giant hung its shingle outside what it calls the Ford Research and Innovation Center, Palo Alto, as it seeks to embrace technology’s disruption of its 100-plus-year-old business.

With personal auto ownership as passe as telephone landlines to a new generation of consumers, electric-car powerhouse Tesla Motors Inc.


— also based in Palo Alto—upending the industry, and self-driving vehicles predicted in our future, Ford, like most auto makers around the world, is behind the proverbial eight ball. The automotive pioneer that developed the first mass produced, affordable car is experiencing the “innovator’s dilemma,” a conundrum faced by leading companies when a new, often cheaper, “good enough” technology breaks into its market dominance.

Looking even further into the future, the dream of autonomous, self-driving cars is also expected to take even more cars off the road.

“The message is very clear,” said Ken Washington, vice president of research and advanced engineering at Dearborn, Michigan-based Ford. “We are standing at an inflection point. … Consumer behavior tells us that people want to move differently. That is why Uber is such a huge success.”

It is far too early to say if innovations from ride-hailing companies like Uber and Lyft and car-sharing services are impacting auto sales. But after a record 2015, overall U.S. auto sales fell 6% in May, and Ford saw its auto sales drop 6.1%, with a 25% drop in passenger vehicle sales. While millennials apparently do not want to own cars, there could be more hope from Generation Z, which appears to be far more enthusiastic, especially about autonomous vehicles.

Either way, whatever the future holds for automobiles, Ford is doing everything it can so it won’t be left behind.

“Could you have predicted 20 years ago that everyone would watch a video on something this small?” Washington said, holding up his smartphone.

So in the land of Tesla, where Alphabet Inc.


has been working on autonomous cars since 2008, Ford is seeking to attract local talent, form more partnerships in the tech industry and keep an eye out for startups that could help in its mission to become, in addition to a car company, a mobility company.

“We went all in,” Washington said, sitting in one of the few small offices in the company’s open, collaborative office layout. “It’s not an outpost. We want to be part of the Silicon Valley ecosystem.”

In the 25,000 square feet that Ford occupies, there are about 130 employees, including interns. Like other Silicon Valley companies, Ford has an outdoor space for lunches or meetings and often hosts “hackathons” for developers. Ford plans to take over the space downstairs in October and grow to 31,000 square feet, with hopes for a staff of about 200 in Palo Alto by year’s-end.

Ford is working on many projects in Palo Alto, including testing human-machine interfaces to understand, for example, how customers prefer to control their seats, as well as working with Alphabet’s Nest on a home-energy management and security system. With that system, your car can send an alert to set your home thermostat to a preferred temperature, once you are close to home. Nest can also warn the Ford SYNC system when home emergency notifications are triggered.

And, of course, it joins the other Ford labs around the world in researching autonomous cars.

Last month, the company invested $182.2 million in leading a financing round for San Francisco startup Pivotal, which helped Ford develop FordPass, an app that aims to help customers perform tasks without switching from app to app. Right now, it has limited functions, but more services are planned in the future: Consumers will be able to register their vehicle, access vehicle information and make servicing appointments. If their vehicle has SYNC Connect, they can start up the car remotely with their smartphone.

Ford is hoping that more tentacles in Silicon Valley will lead to more ventures and deals in the tech community, plus help in hiring more qualified engineers in the arena of robotics, artificial intelligence and machine learning.

For now, though Washington is mum on any other partnerships in the works. Late last year, The Wall Street Journal reported Ford and Alphabet were discussing a nonexclusive partnership to work on autonomous cars. In April, Ford and Google’s parent company joined a coalition of companies, plus Uber and other auto makers, to work with regulators and the public on the development and market acceptance of self-driving cars.

“You will hear more later,” Williams said, when asked about any ongoing talks with potential partners.

On a global level, Ford’s research centers in Dearborn, Michigan; Aachen, Germany; and Palo Alto are working with the University of Michigan, Massachusetts Institute of Technology and Stanford University on autonomous vehicles.

On a recent visit, Ford showed some demos that have been seen at CES, such as a simulator based on gaming software that lets engineers test their algorithms, to work out in preparation for on-road testing. Ford is one of 13 companies—most of them auto makers—to receive permits this year to test autonomous vehicles on California roads, according to the California Department of Motor Vehicles. Ford will begin test-driving in California later this year, in addition to its continuing tests on the public roads of metropolitan Detroit and Arizona.

When asked how Ford will differentiate its self-driving cars from its rivals, Washington would only say that Ford wants its consumers to be safe and make its autonomous cars affordable.

“It is important to bring to the masses at an affordable price point,” Washington said.

He predicted that by the end of the decade, it will be technologically possible to have fully autonomous vehicles on the road, but that there are many more public-policy and consumer-acceptance issues to work out.

“We believe the first application will be in a controlled fleet,” he said, but added that it is too early to guess when that might actually happen.

In addition to its research on self-driving cars, Ford is experimenting around the world on different transportation modes. It is also investing in or imitating startups involved in this brave new world of auto tech.

In 2015, Ford began a pilot, called GoDrive, aimed at creating a greener, more efficient rival to Uber, with a fleet of 50 Ford electric and Eco-powered cars driving around London, with a pay-by-the minute rate. At corporate headquarters, it is piloting a ride-hailing shuttle service for employees, called Dynamic Shuttle, offering on-demand rides via a smartphone app around its Dearborn campus.

“They really encourage us to step outside the box here,” said Casey Feldman, a product designer and user interface engineer in Palo Alto, who led the integration of Apple Inc.’s CarPlay and Google’s Android Auto with Ford’s Sync 3.

Whether or not Ford will succeed in disrupting itself is a question that it likely won’t have to answer for a while. To its credit, it is at least imagining a world with fewer cars and attempting to find its role in a less car-dependent society.