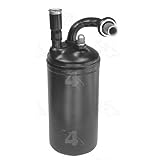 Ford is not laying off 20,000 of its workers, a spokesperson for the auto company told CNBC on Thursday.

A report by consultancy firm Challenger, Gray & Christmas released earlier Thursday gave that figure in its survey of U.S.-based employers’ job-cut plans announced in May.

The widely followed report led with a claim that the auto industry announced 20,271 job cuts for the month, with the majority of those stemming from Ford.

“Ford’s announcement of 20,000 global layoffs to streamline and cut costs is a typical strategy of large corporations who need to pivot to stay competitive,” John A. Challenger, CEO of Challenger said.

However, Ford told CNBC it never confirmed the 20,000 number with any media source.

In fact, the actual number is more like 1,400 jobs being eliminated, according to a Ford spokesperson.

Ford “plans to reduce 10 percent of our salaried costs and personnel levels in North America and Asia Pacific this year, using voluntary packages,” a Ford spokeswoman told CNBC on Thursday.

“We expect 1,400 salaried positions to be affected. This action does not affect the following skill teams: manufacturing, product development, IT, Global Data and Analytics and Ford Credit,” the spokeswoman added.

In an email to CNBC, Challenger Gray’s Blake Palder cited media reports from the Washington Examiner and Forbes as its sources for the numbers.

Officials from the media organizations did not immediately reply to CNBC’s request for comment.

Palder told CNBC, “It was based off those articles that I used the numbers for our report.”

Colleen Madden, another Challenger spokeswoman, added in an email, “We use company announcements, media reports, and SEC filings to compile numbers. We found numerous reports citing the 10 percent global job cuts for Ford. We used those reports in our numbers.”

The vice president of Challenger, Gray, and Christmas, Andy Challenger, told CNBC’s “Squawk Box” on Thursday morning that most of the cuts came from Detroit, again citing the erroneous 20,000 figure.

“We might be getting to that point of peak auto,” Challenger went on. “What Ford announced is that they are starting to slash some of those jobs because of a shift in a low oil price that we’ve gotten to eventually, a shift away from sedans.”

“Certainly, there’s reason to believe maybe they’re battening down the hatches a little bit because of new technology entering the industry in terms of self-driving cars and electric cars.”