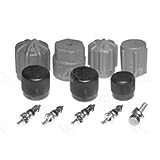 Ford is heading back to France. To be specific, to Le Mans, the northwestern city that’s home to the world’s toughest road race.

The company announced today its Ford GT supercar will once again compete in the World Endurance Championship, including its premier race, the 24 Hours of Le Mans, starting next year.

If you don’t know your racing history, this is very exciting. See, the new Ford GT is the indirect descendent of the world-eviscerating GT40 from a half-century ago, one of the greatest cars of the 20th century.

Back in the ’60s, Henry Ford II tried to buy Ferrari. After Enzo walked away from the deal over a dispute about open-wheel racing, an enraged Ford ordered his engineers to build a car that could whoop Ferrari on the long-distance world endurance racing circuit.

And boy, did they ever succeed. The GT40—so named because it was 40 inches tall—was utterly dominant, winning the 24 Hours of Le Mans four years in a row, from 1966 to 1969, including a sweep of the podium in ’66. It was the Americans taking the fight to the Europeans on their own soil—and kicking ass.

By 1970, the GT40 was struggling to compete, and Ford left endurance racing, having made his point. Now, 50 years after its first taste of glory, the American automaker hopes to do it again.

The Le Mans car will be a racing-spec version of the Ford GT supercar, unveiled earlier this year. That ride will create more than 600 horsepower from a twin-turbo 3.5-liter EcoBoost engine, propelling a lighter than ever all-carbon fiber body. Active aerodynamics are everywhere, and the circular taillights actually have air vents inside them to pull air over the engine’s intercoolers.

Ford won’t be looking to win the race outright, though. That honor will likely go to the wacky LMP1 class where Porsche, Nissan, Toyota and Audi are competing with seriously advanced cars, purpose-built for this race. Instead, Ford will compete in the third-tier, Le Mans GT Endurance, class, against cars from Aston Martin, Porsche, Chevrolet, and Ferrari. It also plans to take the track in the full 2016 schedules of both the FIA World Endurance Championship and the TUDOR United SportsCar Championship in North America.

And if you can’t wait till 2016 to see some great racing, this year’s 24 Hours of Le Mans starts tomorrow.