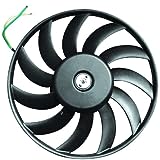 U.S. auto sales are headed into a strong summer, likely to help produce new-car sales of more than 17 million for all of 2015 potentially making this year the third-best year ever.

Today’s sales environment is, “arguably the strongest and healthiest the auto industry has been in a very long time,” said Jeff Schuster, senior vice president of forecasting at LMC Automotive.

Specifically for June, J.D. Power and LMC Automotive predicted sales of just under 1.5 million, an increase of about 4 percent from June 2014. Shopping web site Edmunds.com had a similar forecast. Kelly Blue Book had a somewhat higher forecast for June of around 1.5 million.

Despite modest year-over-year percent increases in recent months, Schuster said in a written statement auto sales are supported by “a basket of metrics,” including economic indicators, gas prices, stock market prices, higher and stable transaction prices on cars and trucks, plus a long list of new models either launching or in the pipeline.

That’s in contrast to the last sales peak. It took massive discounting to boost sales to 17.2 million in 2001. General Motors launched “Keep America Rolling” incentives in response to the Sept. 11 attacks that year, forcing its rivals to follow suit.