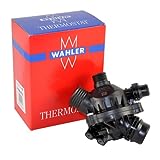 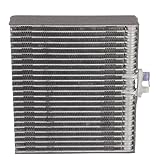 (Reuters) – For the second time in three years, Mazda Motor Corp has issued a recall for Mazda6 sedans in North America because of a spider that likes the smell of gasoline and weaves a web that blocks a vent in the engine.

Mazda told U.S. regulators that it is recalling 42,000 sedans with 2.5-liter engines from model years 2010 to 2012 in the United States. Mazda officials were not immediately available to report recalls outside of the United States.

Three years ago, Mazda recalled about 65,000 Mazda6 sedans in North America from model years 2009 and 2010, also because of spider webs blocking evaporative canister vent lines. The same issue is the cause of the most recent recall, Mazda told the National Highway Traffic Safety Administration.

The web weaved by a spider can lead to a restriction of fuel flow, which in turn can reduce fuel tank pressure when the emission control system purges vapors from the evaporative canister. This can put stress on the fuel tank, which may crack and leak fuel, increasing the risk of a fire, a report filed with NHTSA says.

Mazda said it is not aware of any fires because of this risk.

In 2011, Reuters reported that the Yellow Sac spider was the culprit in that year’s recall. It just likes the smell of gasoline, an auto analyst told Reuters at the time.

Mazda attempted to remedy the problem by adding a spring to the canister vent line to keep spiders from crawling inside.

For the most part, that solution worked, but after several reports of cracked fuel tanks in sedans equipped with the spring, Mazda engineers tried to figure out the spider’s route to the canister.

After learning of nine cases in which tanks were damaged even though a spring was loaded, engineers determined that a change in the car’s software would keep tanks from cracking even if a spider web blocks a vent.

Mazda will inform owners in the recall campaign to bring cars to dealers, where the evaporative canister vent line will be checked and cleared if necessary. Also, the dealerships will reprogram software.

The blockage is not present on other models made by Mazda and occurs only in cars made a plant in Flat Rock, Michigan, at which Mazda once produced cars jointly with Ford Motor Co. Mazda stopped production of cars at Flat Rock in August 2012.