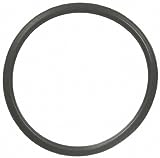 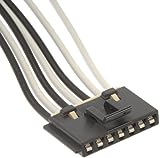 Two beleaguered brands — the Chevrolet Volt and the City of Detroit — will be leaning on each other even more as General Motors General Motors commits an additional $449 million to plants in Motown to produce the second generation of GM’s plug-in hybrids and some other models, as well as the lithium-ion batteries that power the hybrids.

GM will invest $384 million to upgrade its Detroit-Hamtramck plant to build the next generation of Volt, as well as the similar Cadillac ELR and, for Europe and other countries, the Opel Ampera, Gerald Johnson, GM North America manufacturing vice president, told the Automotive Press Assocation in Detroit.

That’ll bring GM’s total investment in the plant to more than $1 billion over the last five years. Johnson also vaguely promised some additional models for the plant, which currently also assembles the Chevrolet Impala and Malibu. But he declined to detail what sort of job expansion might come from the new investments.

President Obama visits the GM plant in Detroit in 2010.

Meanwhile, GM also will invest an additional $65 million at its Brownstown Battery Assembly plant in Detroit to support the next generation of its electrification technology. Johnson said GM prefers to “invest in [its] technology to support” the next version of the plug-in hybrids rather than to take advantage of America’s current overcapacity for lithium-ion battery output.

Duggan said he was impressed that GM hadn’t requested any tax incentives from the city for its decision to further expand the plant that sits on an area once known as “Poletown” on the old border of Detroit with its largely Polish suburb, Hamtramck. “It’s always nice when they come in and have $384 million to invest and don’t ask for a [tax] abatement,” Duggan said.

For his part, Snyder touted the “strong track record of [GM] reinvesting in Michigan” and how the new investments underscore the fact that Detroit “is still the epicenter of the auto industry” in America.

In fact, Johnson pointed out that GM has announced about $2.8 billion in manufacturing and technologies investments in Michigan facilities since 2009 and a total of $5.4 billion total in the United States, most of it in the Midwest.

Volt sales have remained disappointing because mainstream U.S. consumers simply haven’t embraced the car despite the high levels of satisfaction with the vehicle that are expressed by Volt owners. Sales so far this year through March were down by 15 percent compared with a year earlier.

It doesn’t even seem to matter that, with an on-board gasoline engine, Volt doesn’t saddle owners with the “range anxiety” that is a problem for owners of all-electric vehicles who worry about running out of power and being stranded. The company is said to be determined to boost significantly the electric range of the next versions of its plug-in hybrids.

Meanwhile, GM executives have higher hopes for the new Cadillac version of essentially the same car, ELR, especially after the stunning success of the all-electric Tesla Model S with high-end car buyers. ELR just went on sale in the first quarter.

How One Chevrolet Dealer Is Selling 25 Volts a Month