GM and the year of record recalls: what’s in it for consumers – CBC.ca

The number of General Motors recalls in 2014 has reached 66, and the rest of the car makers are ringing up the recalls as well.

“This is the all-time biggest recall year on record, and there’s months to go,” notes Tony Faria, co-director at the University of Windsor’s Office of Automotive & Vehicle Research.

Yet despite the unprecedented volume of recalls, Luke Vandezande, managing editor of AutoGuide.com, based in Toronto, says consumers shouldn’t be “any more concerned about purchasing a new GM vehicle.”

“You shouldn’t view a recall as a negative,” Vandezande says, because today, “cars are incredibly complex machines that have so many different components from so many different suppliers that you have to expect at some point they’re going to have a problem.

“And taking more responsibility and being more proactive to deal with those issues, I see that as nothing but a positive.”

In all, GM has recalled about 30 million vehicles in 2014. About half of them were because of faulty ignition switches covered in a series of recalls that began in February, with another one last week.

“They knew about the ignition-switch problem right from the start, they didn’t engage in an earlier recall,” Faria explains.

Because of GM “really having blown it on the ignition-switch issue,” and realizing it, he says the company now has a new approach to recalls.

A 2004 GM Saturn belonging to Mark Stevenson, a school teacher in Ontario’s Halton District, had conked out once on a highway and once on a residential street. He took it in, but his mechanic couldn’t find a cause, Stevenson told CBC News. 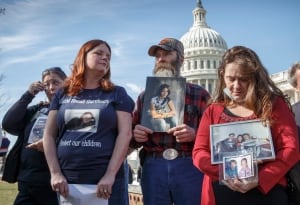 Parents of drivers who were killed while driving a GM car gather at a Washington.D.C. press conference April 1, asking why GM took so long long to recall vehicles with the faulty ignition switch ( J. Scott Applewhite/Associated Press)

When he first heard about GM’s faulty ignition switches, it was an a-ha moment, he remembers.

Stevenson contacted GM and they agreed to pay for a rental car for the months it took to get the ignition switch replaced.

GM has acknowledged knowing about the problem since at least 2001. U.S. law requires automakers to report safety defects within five days of discovering them.

The ignition switches may move out of the “run” position while driving, which shuts off the engine, cutting power steering and brakes and can also disable airbags.

GM admits at least 13 people in the U.S. have died in 54 crashes linked to the problem, while lawyers suing the company say the death toll is more than 60.

While he applauds GM’s recalls, AutoGuide’s Vandezande says the manufacturer isn’t doing all this “out of good will.”

Rather, “GM was exposed for having ignored and delayed recalls related to seriously dangerous flaws in their vehicles” and was initially pushed by the U.S. National Highway Traffic Safety Administration. CBC News reached out to General Motors Canada for this story, but they did not respond.

George Iny, director of the Automobile Protection Association in Canada, says a key development was when GM’s defense crumbled near the beginning of the year, when “information that was previously sealed or lied about became available.” 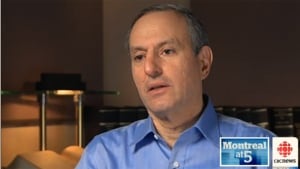 George Iny, the director of the Automobile Protection Association, says in 2014, GM has decided ‘to face the past much more squarely than they have.’ (CBC)

In response, Iny observes, GM “has made some very bold and perhaps difficult decisions to face the past much more squarely than they have.

“So they are revisiting decisions they made years ago, or decisions that weren’t made that should have been made, not all of which were in the eye of the government or would have come to surface – they’ve gone further.”

Iny’s referring to a $35-million fine the NHTSA levied against GM, and the threat of further action.

At GM, “the plants and the engineers who design them are incentivized for cost, not for quality,” Iny explains.

He has seen internal GM documents as a result of an APA lawsuit against GM and from reading them, it’s his impression that “lawyers at GM had unlimited budgets to defend cases but engineers at GM were begging with a tin cup inside the company.”

Faria says GM has doubled their number of engineers working on quality issues.

Should we buy GM vehicles?

Consumer Reports says GM’s current vehicles perform better than in the past and “generally score well” in their tests, although “reliability remains inconsistent” across the brands.

“There is a clear difference in the quality and performance of the latest models to emerge from post-bankruptcy GM compared to those sold even just five years ago,” the magazine claims.

Iny says GM is “doing a very profound, comprehensive, top-to-bottom cleanup for bad practices and maybe a bad culture” that may go back to the 1990s.

Clifford Atiyeh, a Car and Driver magazine/website contributing editor says he “wouldn’t be rushing to a GM dealer to get my hands on a car at this moment.” He advises consumers wait another year for GM to get all their issues ironed out.

Atiyeh does sound like he thinks GM is now on a better track, however. “Now they’re dealing with problems before they are serious, even for the most minor things.” 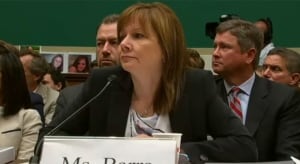 Mary Barra, CEO of General Motors, told the U.S. Congress on June 18 that GM had ‘failed to handle a complex safety situation in a responsible way,’ with the faulty ignition switches but now the culture at her company is changing. (CBC)

And he notes that other automakers are following GM’s new approach on recalls.

One of the reasons this is all happening is that there are “more legislative eyes on these problems and on the automobile industry as a whole right now,” says Atiyeh. A draft U.S. Senate bill calls for up to a life sentence for auto company employees who fail to report or fix defects that lead to someone’s death.

That $35-million fine for GM was the maximum. Faria at the University of Windsor says fines, even that one, are not that onerous for the big automakers and that U.S. regulators are pushing for the ability to fine the companies in proportion to the damage caused by their acting too slowly to initiate a recall.

He says Canada is still looking into fines for GM over the ignition switch problem.

Despite all the recalls, GM’s sales are mostly keeping pace, especially in the U.S., where they had a “whoppingly good July,” according to Faria.

He notes that Toyota had the highest number of recalls for the years 2010 to 2013, but it didn’t really have much impact on their sales.

Vandezande observes, “GM even managed to turn new sales out of the recall by offering special one-time deals to customers who’ve been coming in for recall-related repairs.”

Iny says that at the APA, they haven’t heard much from consumers about the GM recalls except for GM customers anxious about driving a vehicle with the faulty ignition switch during the months it’s taking GM to get them serviced.

He advises that when driving one of those GM cars, you unhook the ignition key from the keychain or anything attached. “It will reduce the risk of turning the switch off by itself or your knee hitting to virtually zero.”

Iny certainly isn’t letting GM off the hook for failing to disclose what they know about the faulty ignition switches that led to so many deaths. But he says “we’re seeing a very profound change at GM in terms of the process and I hope, ultimately, in terms of the culture.

“For consumers who drive those products it’s a very good development.”