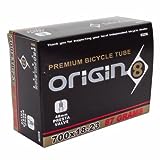 The Detroit-based automaker today announced it has informed the National Highway Traffic Safety Administration of five new safety recalls covering nearly 3 million vehicles, including more than 2.7 million in the U.S.

The recalls range from malfunctions with taillamps and low-beam headlamps to windshield wiper failures and hydraulic brake booster malfunctions. GM said it knows of hundreds of complaints, 17 crashes and two injuries but no fatalities related to the new recalls.

Affected vehicles could have corrosion develop in the wiring harness for the body control module due to micro-vibration. The condition could result in brake lamps failing to illuminate when the brakes are applied or brake lamps illuminating when the brakes are not engaged.  Additionally, cruise control, traction control, electronic stability control and panic braking assist operation could be disabled.

GM is aware of several hundred complaints, 13 crashes and two injuries but no fatalities as a result of the brake lamp wiring harness flaw.

The second-largest recall announced today involves nearly 145,000 Chevrolet Malibus from the 2014 model year with 2.5-liter engines and stop/start technology. These vehicles are subject to the disabling of hydraulic brake boost that can require greater pedal efforts and extended stopping distances.

Dealers will reprogram the electronic brake control module. The issue was discovered in testing of a future model with similar technology. GM is aware of four crashes but it is not clear that these are related to the condition. No injuries are known from those crashes.

The Corvette recall includes the 2005-2007 model years for potential loss of low-beam headlamp operation Models from 2008-2013 will be covered under a Customer Satisfaction Program. All repairs will be at no cost to customers.

When the engine is warm, the underhood electrical center housing could expand, causing the headlamp low-beam relay control circuit wire to bend slightly. After the wire is repeatedly bent, it can fracture and separate. When this occurs, the low-beam headlamps will not illuminate. As the housing cools and contracts, the low-beam headlamp function may return. This condition does not affect the high-beam headlamps, marker lamps, turn signals, daytime running lamps or fog lamps. Loss of low beam headlamps when they are required could reduce the driver’s visibility, increasing the risk of a crash.

GM is aware of several hundred complaints as result of the condition but no crashes, injuries or fatalities.

The fourth recall covers 19,225 Cadillac CTS from the 2013-2014 model year for a condition in which the windshield wiper system may become inoperable after a vehicle jump start with wipers active and restricted, such as by ice and snow. Potential lack of visibility could increase the risk of a crash. Dealers will replace the front wiper module free of charge. GM is unaware of any crashes or injuries due to the condition.

The fifth recall involves certain 2014 Chevrolet Silverado and GMC Sierra light duty pickups and 2015 model year Chevrolet Tahoe SUVs. The tie rod threaded attachment to the steering gear rack in these vehicles may not be tightened to specification. With this condition, the tie rod can separate from the steering rack and a crash could occur without prior warning.

Customers are being contacted and told to have their vehicles taken by flatbed to their dealer, where the inner tie rods will be inspected for correct torque, and, if necessary, the steering gear will be replaced. The repair procedure was being sent to dealers and owner letters sent by overnight mail to customers on May 14.

Jeff Boyer, GM’s new vice president of Global Vehicle Safety, said all of the recalls are a result of the automaker’s commitment to customer safety.

“We have redoubled our efforts to expedite and resolve current reviews in process and also have identified and analyzed recent vehicle issues which require action,” he said in a statement. “These are examples of our focus to surface issues quickly and promptly take necessary actions in the best interest of our customers.”

The number of vehicles involved in the new recalls outside the U.S. was not immediately available.

The newest recalls add to roughly 7 million vehicles GM recalled globally in the first quarter of 2014, including 2.6 million globally for its well-publicized ignition switch recall. GM has now announced recalls this year of nearly 12.8 million vehicles through May 15. That compares to 9 million vehicles recalled in the previous fiver years combined.

GM expects to take a charge of up to approximately $200 million in the second quarter, primarily for the cost of recall-related repairs announced in the quarter. That’s in addition to $1.3 billion in charges for recalls in the first quarter.

Check back to MLive for more details.