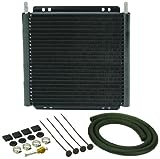 General Motors CEO Mary Barra said this morning she fired 15 people who either were incompetent or irresponsible in their actions involving fatally flawed ignition switches that are linked to 13 deaths in crashes where airbags failed to inflate.

“A disproportionate number of those were in senior roles or executives,” she said. Two high-ranking engineers previously put on paid leave were among them, Barra said. That would be switch engineer Ray DeGiorgio and development engineer Gary Altman.

Barra said five more — “one level removed” — were disciplined in unspecified ways because they “simply didn’t take action.” She wouldn’t name them.

“A unique series of mistakes was made,” she said. And the problem was misunderstood to be one of owner satisfaction and not safety. GM engineers didn’t understand that when the switches failed, they cut power to the airbags.

“I wish I could” understand how they made that mistake, she said. “It was a mis-diagnosis.”

The 15 were terminated after an internal report she commissioned, conducted by former U.S. attorney Anton Valukas. She said the the Valukas report “is enormously painful” and details “fundamental failure” by GM in dealing with safety issues in years past.

There was “no conspiracy found” within GM and no specific decision “to trade off safety” for costs, she said the report found.

The Valukas report shows a pattern of “Incompetence and neglect” and discloses that “numerous individuals” failed to fix the switch instead of “finding ways to protect our customers.”

“I hate sharing this with you as much as you hate hearing it,” she told 1,200 GM employees assembled at the company’s technical and engineering center in Warren, Mich. The 15-minute speech, marbled with references to her pride in GM and its high-quality workforce, was broadcast live to other GM employees located elsewhere.

In a press conference afterwards, she said GM will compensate “everyone who has lost a loved one or suffered a serious injury” as a result of the defect. But she gave no details on how much compensation amounts.

At the press conference, GM President Dan Ammann said GM’s official number of deaths linked to the flawed switches remains 13, but he said many more than that will be eligible for compensation: “Rules on eligibility for compensation are being determined independently by (Kenneth) Feinberg,” the mediation and compensation specialists that GM hired to run its victim compensation program, Amman said. .

Ammann said it will be entirely up to Feinberg to decide who gets paid, how much, and thus, the amount GM ultimately will have to spend on compensation.

Claims for compensation will begin Aug. 1.

At the press conference, Barra said more than 113,000 defective switches have been replaced, “as of last night.”

“Despite the damaging nature of this situation, Mary Barra has handled it as well as any CEO in her position could,” Karl Brauer, senior analyst at Kelley Blue Book’s KBB.com said.

Barra “has already taken several steps to address the issue of ‘internal silos’ that restricted information and caused a lack of accountability within the company,” Bauer said.

Among them, overhauling the company’s safety decision-making process to be sure top executives know of potential problems.

Barra told a U.S. House committee on April 1, during tough questioning, that she had hired Valukas “to conduct a thorough and unimpeded investigation of the actions of General Motors. He has free rein to go where the facts take him, regardless of the outcome.

“The facts will be the facts. Once they are in, my management team and I will use his findings to help assure this does not happen again. We will hold ourselves fully accountable.”

Valukas led a similar inquiry after the 2008 collapse of Lehman Brothers.

GM on May 16 agreed to pay the maximum fine, $35 million, because it failed to tell the National Highway Traffic Safety Administration within five business days after determining the switches were a safety defect.

It also agree to “unprecedented oversight” by the government of its safety processes and agreed to turn the entire Valukas report over to Congress and NHTSA. Barra had fought to keep some parts of the report confidential.

Though the details spotlight dramatic failures within GM to aggressively seek out and fix safety problems, there is a bit of anti-climax to it.

GM already had blown the whistle on itself. In documents submitted to NHTSA as part of the recall of 2.6 million 2003-2011 small cars worldwide for the defective switches, GM disclosed that its engineers first knew in 2001 the switches could unexpectedly move out of the “run” position.

That kills the engine, shuts off the power assist to steering and brakes, and usually disables front airbags.

In 2003, a dealership technician cited the switch failure, the GM documents show..

And in 2004, development engineer Altman noted the switch problem.

In 2006, according to GM documents, switch engineer DeGiorgio approved a revised switch that was less likely to move out of “run,” but didn’t give it a new part number.

Barra said in congressional hearings in April that failing to distinguish a revised part with a new part number is “unacceptable” and violates GM engineering rules.

In a 2007 meeting with NHTSA about another matter, GM disclosed, it was told about a 2005 fatal crash in which the switch apparently moved out of the “run” position and the front airbags failed to inflate.

GM’s legal staff got involved, but the matter apparently didn’t percolate to upper management until late 2013, and a recall was begun in February this year.

GM also is under investigation by the Department of Justice over whether there were criminal acts committed in a cover-up of the deadly flaw.

The Securities and Exchange Commission is probing GM to see if it misled investors.

Lawyers are suing on behalf of owners who claim their recalled vehicles have lost value. GM is fighting that in court in New York, citing the 2009 bankruptcy reorganization’s protection from liability for “economic loss” due to pre-bankruptcy actions of what’s called “old GM.”