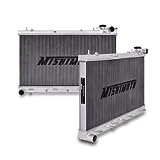 Overall, the industry had saw a boost of 2.5%, Autodata reports. That’s skyrocketing growth going into the Independence Day weekend, but it was enough to please analysts.

“We are not going to see the giant year-over-year increases, but the market still remains healthy,” AutoTrader.com analyst Michelle Krebs said.

To be sure, serious challenges loom. Sales of small cars have cratered for many automakers, with fuel-efficient vehicles like the Toyota Prius and Ford Fiesta suffering sharp declines in June.

What’s more, profit-draining discounts are helping to fuel the industry’s growth. Average incentives per industry vehicle hit an all-time high for June of $3,278, up 3.8% from a year ago, according to LMC Automotive and J.D. Power.

But there’s not too much to cry about for Ford and Fiat Chrysler. Having sold 197,073 new cars, Fiat Chrysler nearly matched sales of Toyota at 198,257 vehicles.

GM maintained its position as the biggest seller of vehicles in the U.S., but its June sales fell to 255,210 vehicles as the Detroit-based automaker continues to cut fleet sales to rental agencies in favor of more profitable retail sales to consumers.

German automaker Volkswagen Group’s sales slump deepened in June, as the company’s emissions scandal prevents dealers from selling diesel cars equipped with software to cheat regulations. The namesake Volkswagen brand reported a 21.8% decline to 23,809 vehicles. VW sales are down 14.6% for the year. Sales at the company’s Audi luxury brand rose 1% to 18,445 vehicles.

With gas prices averaging $2.28 per gallon, according to GasBuddy.com, consumers are flocking to bigger vehicles. Crossovers, pickup trucks and sport-utility vehicles are flourishing.

Vehicles such as Nissan Rogue, Toyota RAV4, Chevrolet Colorado and Jeep Renegade were standouts in June.

“Consumer confidence and the basis of our growth remain very strong,” Paul Holdridge, vice president of sales for the Toyota division, told reporters.