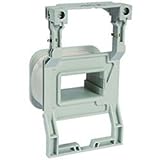 The GM Foundation on Monday donated $1 million among three Detroit nonprofits in honor of retired GM Chairman and CEO Dan Akerson and his wife Karin, who were major benefactors to nonprofit organizations during their time in Detroit.

Although not natives of Detroit, Dan and Karin Akerson were incredibly moved by the people and circumstances they encountered in the city, GM spokesman Selim Bingol said in a statement. They changed many lives through their significant personal donations, and we wanted to honor their commitment through these grants.

Akerson, who led GM for three years, retired GM last month after Karin was diagnosed with a late-stage cancer.

GM said the donations, approved by the GM Foundation board, further the foundations and the Akersons commitment to Detroit. On Monday, some teamGM Cares volunteers served meals, prepared clothing contributions and framed houses.

Giving back to the community was a significant part of his leadership style and we wanted to honor that legacy, GM Foundation President Vivian Pickard said, adding Akerson is pleased about the donations .

The Akersons biggest public gift was a $1 million donation to Habitats Leaders to Rebuild Detroit initiative. That donation, plus another $270,000 raised in an auction of Akerson’s 1958 Chevrolet Corvette convertible, has helped build at least six homes, rehab others and finish more than 30 repairs in the MorningSide Commons neighborhood on Detroits east side.

They also chaired the soup kitchens annual dinner in 2012 and donated $250,000 . The Akersons also silently supported the shelter.

I know from my time spent with Mr. Akerson that this work will honor his legacy, as he is such an incredibly family-centered individual, shelter CEO Cheryl P. Johnson said in a statement.

In a December interview, Akerson said he didnt come to GM for the money, but to make a difference at the company and in the community.

We have been blessed, he said. If you go out and see the good it does, it makes you feel better about life.