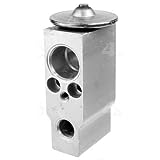 Hey, Corvette owners! Having trouble seeing in the dark?

General Motors has increased the size of a Corvette recall, and added some years to the models affected.

The company had earlier said that it was recalling Vettes made between March 29, 2004, and June 22, 2007. The cars, GM said, had a potential wiring problem that could cause the headlights to cut out, leaving the operator with high beams only.

Some 111,889 vehicles were said to need wiring upgrades.

Now the company has indicated that 103,158 newer model Corvettes might have the same issue, and suggested owners of cars made between 2008 and 2013 consult with their dealers.

A Chevrolet spokesperson said that after 10 years of service, only about 2% of Corvettes are likely to ever have this problem, which for the later model cars would be covered under the company’s Customer Satisfaction Program.

GM said it was aware of “several hundred” complaints about the headlights, but did not know of any crashes, injuries or fatalities related to the problem.