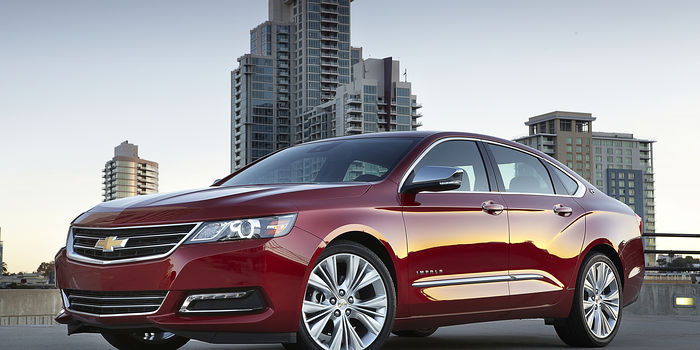 SEOUL—General Motors Co. is launching the Chevrolet Impala in South Korea, bringing what was once a flagship sedan to consumers outside the North American market on a large scale for the first time.

GM Korea Co. said it is importing the latest model of the full-size sedan, which has sold more than 16 million units since 1958, from the U.S. auto maker’s Detroit-Hamtramck assembly plant for local sales starting next month. If the Korean launch is successful, it could lead to production of the Impala at one of GM
GM

But while GM sold more than 140,000 Impalas last year, mostly in the U.S., sales of the sedan have slowed in recent years as consumers opt for trucks and sport-utility vehicles. Outside the U.S., it sells only in the Philippines and a few Middle Eastern countries, including United Arab Emirates.

“The car has never been sold in as large an overseas market as Korea. This launch will prove to be a test bed for GM to gauge the possibility of expanding the global market for the Impala,” a GM Korea spokesman said.

The launch comes as sales in Korea of imports continue to increase: Imports’ combined market penetration rate hit a record 15.2% at the end of June, up sharply from 2% just a decade ago, according to the Korea Automobile Importers and Distributors Association.

GM imports only a few models into Korea, producing the bulk of its vehicles there, including the compact Spark and midsize Malibu sedan. South Korea has for years been a low-cost export hub for GM, producing close to a fifth of its global output.

GM has waged an uphill battle in Korea against local rivals such as Hyundai Motor Co.
HYMLY


which control more than two-thirds of the market. GM Korea is a distant third, with market share hovering around 8.5%.

GM’s Korean unit has been plagued by talk of a possible pullout from the country after its labor costs have risen by nearly half in just five years, pushing it into a high-cost bracket along with Japan. GM’s Korean factories last year produced about 630,000 vehicles, but its capacity utilization rate of around 75% is too low to be profitable, analysts said.

As part of GM Korea’s annual wage deal concluded last month, union workers demanded the company also produce the Impala at one of its plants in Korea. GM Korea said it would consider local production if the Impala sells at least 1,000 units a month over the next three months.

“The Impala has been well accepted by U.S. consumers. But selling it here will be a challenge for GM,” Mr. Kim said.

GM said the imported Impala will have several features tailored for Korean consumers, including power folding side mirrors, rain-sensing wipers and rear audio controls. The price tag will also be lower than the same model sold in the U.S.

The Impala will replace the Alpheon sedan, the Korean version of the Buick Lacrosse, in GM Korea’s lineup. The company will stop selling the Alpheon, which had been sold in Korea since 2010, as its monthly sales had fallen to fewer than 500 units. The Impala will compete with similar sized sedans in Korea including Hyundai’s Grandeur, Renault Samsung Motors’ SM7 and Toyota Motor Corp.
TM