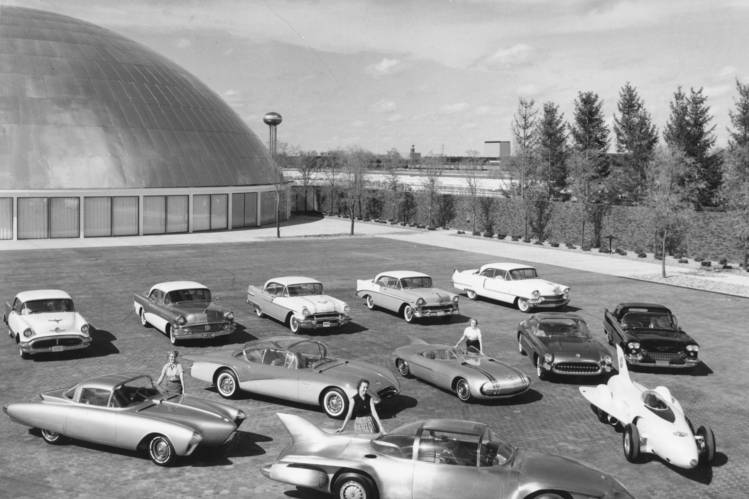 
will spend $1 billion on a makeover of its iconic Warren Technical Center, an aging facility that has long served as one of the auto industry’s storied hubs of car design and engineering.

The planned investment is expected to generate 2,600 new salaried jobs at the nation’s largest auto maker and provide a shot in the arm for a Southeast Michigan region on the rebound after being stung by economic downturn.

The sprawling, 59-year-old complex in Warren, Mich., will start getting upgrades this month, and work will continue through 2018, the company said.

‘When you walk across the street and into our lab and test facility there, that’s not something I’m proud of’

Known as the GM Tech Center, the sprawling campus is the pride of the Motor City, a place where design and engineering superstars once crafted Corvettes, Pontiacs, Buicks and Cadillacs that were the envy of the automotive world. After decades of decline and a recent flood, the complex needs fresh paint, new carpets, better parking and a modern touch.

“When you walk across the street and into our lab and test facility there, that is not something I’m proud of,” GM Product Chief Mark Reuss said on Thursday at an event celebrating the investment. “So those are the opportunities to really go in there and clean house and get it right and get our laboratories and R&D piece of it state-of-the-art once again.”

Some of the most important pockets of the Technical Center have dilapidated ceiling tiles, worn out floors or outdated restrooms. Mr. Reuss said the design areas in particular were hit hard during major flooding last summer and the campus’s boilers are in a state of “absolute neglect and decay.”

GM’s Warren upgrade comes amid a flurry of other investment plans for global facilities and product programs.

Last month, GM said it would invest $5.4 billion in U.S. factories over the next three years, coming as the auto maker is in the midst of a €4 billion ($4.4 billion) makeover of its European operation and a $12 billion spending spree with partners in China. It plans to make $9 billion in capital expenditures in 2015, a 28% increase from 2014. It also has said it would spend $12 billion sprucing up its struggling Cadillac division.

The investments have come as GM has lost market share in key markets. Its share in China, the U.S., Brazil, Germany and the U.K. slipped in the first quarter from the same period a year earlier.

GM’s headquarters is located in a Detroit skyscraper complex on the riverfront across from Canada, but the bulk of the company’s brainpower has long been located in Warren.

In 2009, as GM was being bailed out by taxpayer funding and preparing for a bankruptcy filing, executives considered moving its headquarters to Warren. Later in the year, the auto maker promised to keep a presence in Detroit in exchange for state tax credits.

Although a throwback, GM’s Technical Center is still revered for its role in history and celebrated for its central place in the auto maker’s future. Industry legends, ranging from Harley Earl to Bob Lutz, spent critical spans of their careers in Warren. The design dome has hosted executive vehicle reviews since the 1950s, and is now the stage for a lineup of cars and trucks intended to fuel Chief Executive Mary Barra’s goal of building the most valued car company in the world. 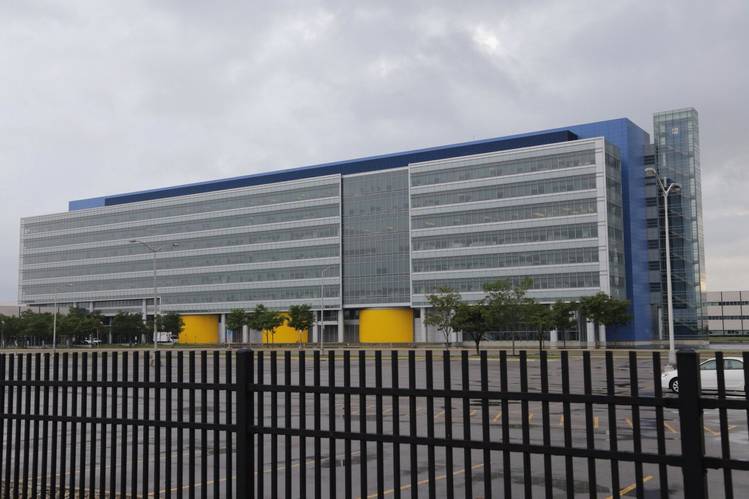 “This place was revolutionary when it started and nearly 60 years later, it’s going to continue to be a revolutionary place,” Michigan Gov. Rick Snyder said during a news conference on Thursday. He pointed to shrinking unemployment numbers in the state. “When you hear about those numbers and results it is because of companies like GM creating jobs.”

The Tech Center’s interior designs, including the main administration building’s floating staircase, and mid-20th-century building architecture are reminiscent of an era when American automobiles dominated the global auto industry. Mr. Reuss, who is the son of one-time GM President Lloyd Reuss, said the campus’s retro flavor needs to remain intact.

The design will be “consistent with why it is a National Historic Landmark,” he said. “It will still be in that iconic form.”