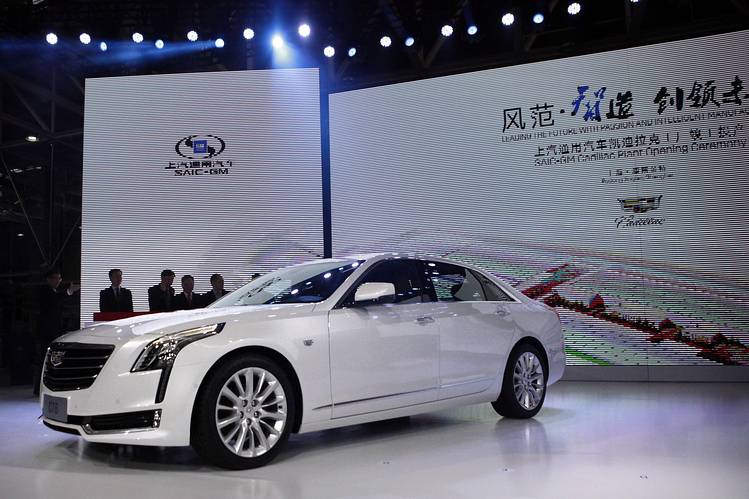 
said Thursday that it sold 9.8 million vehicles in 2015, notching a modest annual increase amid strong conditions in its home market and continued growth in China.

The results represent a third consecutive year of record global sales for the Detroit auto maker, with last year’s growth partially attributable to a change in the way it reports China sales. North American deliveries rose 6% to 3.6 million cars, trucks and crossovers, and it also delivered 3.6 million vehicles in China, an increase of 5% from 2014.

While GM had reported it sold 9.9 million vehicles in 2014, that number reflected the way it used to account for volume in China. Last year, the auto maker switched from reporting wholesales to reporting retail sales in China, GM’s biggest market — global sales were 0.2% higher in 2015 compared with 2014 on that basis.


in the global sales chase. Toyota has said its 2015 sales likely exceeded 10 million, while Volkswagen reported a rare decline to 9.9 million following the September disclosure of an emissions-testing scheme that damaged its reputation and forced the company to take some vehicles off the market.

Among the brightest spots for GM is SUV deliveries in China, which more than doubled after the launch of new models such as the Baojun 560 and the Buick Envision, which will be imported to the U.S. this year. Retail sales in the U.S. increased as buyers responded to low gas prices, cheap financing and a steady economy, but the Detroit auto maker’s market share in its home market fell slightly.

GM, like other auto makers, experienced volume declines in South America. It also pulled out of the Russian market in 2015, affecting results in a Europe market that otherwise was a pocket of growth for GM.

Chevrolet total sales increased 5% in the U.S., 3% in Canada and 18% in Mexico. Buick set a sales record for the third consecutive year thanks to strong sales in China and crossover sales in the U.S. Buick sales were up 6% in North America.

Cadillac sales were up 8% on growth in China and strong demand for the SRX crossover and the Escalade SUV in the U.S.