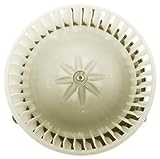 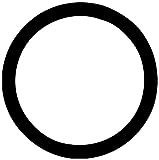 ARLINGTON, Texas General Motors Co is raising the stakes on its bet that sales of fuel-thirsty sport utility vehicles will keep driving its global profits as Chinese and other markets sag.

GM Chief Executive Mary Barra has promised investors that the automaker will generate an average 20 percent return on its capital investments going forward, but the money spent on Arlington will deliver well in excess of that, people familiar with the company’s plans say.

Though GM operates almost 400 factories around the world and sells vehicles in 120 countries under 11 different brands, the vehicles built in Arlington alone generate about $3 billion or more in profits annually, or almost half of GM’s $6.5 billion operating profit last year, analysts said. Each of Arlington’s 3,800 hourly employees could take credit for earning the company about $800,000 a year in profit, though they get the same profit sharing checks as every other U.S. worker.

In part because its major rivals backed away from the large SUV market when U.S. gasoline prices spiked in 2008-2009 and killed demand, GM now boasts a 64 percent share of the U.S. large SUV market. Now that gas prices have fallen, U.S. consumers are snapping up Escalades and Suburbans again.

GM realizes operating profits of $10,000 per vehicle on the Arlington SUVs, with higher end models at triple that rate or more, analysts estimate.

“The Escalade is just a machine to print money,” Sam Fiorani, vice president of global vehicle forecasting at AutoForecast Solutions, said of the Cadillac large SUV. “When you’re selling them for $83,000 apiece and you have only 20 days supply, people are lining up to give you money.”

With China’s auto market slowing down, sustaining profits from large SUVs and pickups will be critical to Barra’s strategy for lifting GM’s shares. In the first quarter, margins from Chinese operations fell to 9.9 percent of revenue from 11.2 percent a year earlier.

Despite Arlington’s profitability, it’s the only plant GM operates that builds big SUVs. Before the financial crisis, GM had three SUV factories in North America, including Janesville, Wisconsin, and a plant in Mexico.

Much of the investment announced Tuesday will be spent to install new production equipment and a new paint facility alongside current production lines. GM isn’t planning to significantly increase total production capacity at the plant, it said.

The Chevrolet Tahoe, GMC Yukon and the Cadillac Escalade not long ago were symbols of the company’s failure to respond to change. Sales of the nearly-three ton vehicles collapsed during the financial crisis. When GM was restructured in a government-funded bankruptcy, President Barack Obama and the company’s leaders touted high-mileage cars such as the Chevrolet Volt hybrid as symbols of the U.S. auto industry’s new direction.

The biggest challenge at Arlington is keeping up with demand among the three brands it serves. Each SUV, over 24 hours, travels about 25 miles by conveyor, from the stamping and body lines to paint and final assembly. The 4.4 million-square-foot plant sits on 250 acres in a city of more than 365,000 people that is known as much for the Dallas Cowboys’ football stadium and the Six Flags amusement park there.

“I wanted to follow the product because I knew the strength of it,” the 56-year-old president of UAW Local 276 said in an interview. “History shows people don’t mind spending for it. People are going to own these Escalades, Suburbans and Tahoes even if gas goes to $5 a gallon.”

Arlington has been running flat out, building 1,200 vehicles a day over three shifts including many Saturdays.

The typical mix of production is 60 percent Chevy, 30 percent GMC and 10 percent to 15 percent Cadillac. Cadillac dealers have complained that they should get an even larger share because demand for the chrome-decked Escalades is so strong.

“I could easily say, ‘Go for more (GMC Yukon) Denalis or go for more Cadillacs,’ but you have the Chevrolet customers,” plant manager Juan Carlos Jimenez said. “You don’t want to tell them, ‘You’re not going to get your Tahoe because I’m giving someone else a Denali.'”

Jimenez says the plant’s profits get the attention of GM executives in Detroit. “Everybody makes sure we have what we need,” he says.