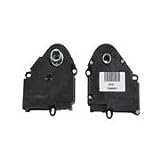 For 115 years, the New York Auto Show has been where the world’s leading car makers come to show off their latest and greatest offerings. The 2015 show no different.

We were pleasantly surprised by the incredibly high level of energy and excitement at the show this year —especially on the heels of such an action-packed show in Geneva. Big stories coming out of the show included the unveiling of the Cadillac CT6 luxury sedan and Lincoln’s Continental concept. Supercar specialist McLaren also pulled the cover off a very hot new set of wheels.

Have a look at the hot cars that caught our eye at the 2015 New York Auto Show, which opened to the public on April 3 and runs through April 12.