$51.95
Home › Blog › US Automotive News › Honda bets on luxury over range with the electric Clarity – Engadget

Honda bets on luxury over range with the electric Clarity – Engadget

Clarity is Honda’s new line of green cars. Previously, the Clarity was just a fuel-cell vehicle with limited availability. Now it’s three automobiles on a single platform: a fuel-cell version, plug-in hybrid and the pure electric car we drove. Honda says the entire line is about making a choice based on your driving habits. So before you throw down some cash, you have to decide, “How far will I really drive in this thing?”

For folks interested in the EV, it’s not that far. The electric Honda Clarity has a range of 89 miles — far fewer than a Chevy Bolt, Tesla Model 3, and Volkswagen e-Golf. But what it lacks in range it makes up for in luxury — according to the Honda. To be fair, the company mostly delivers on that argument. 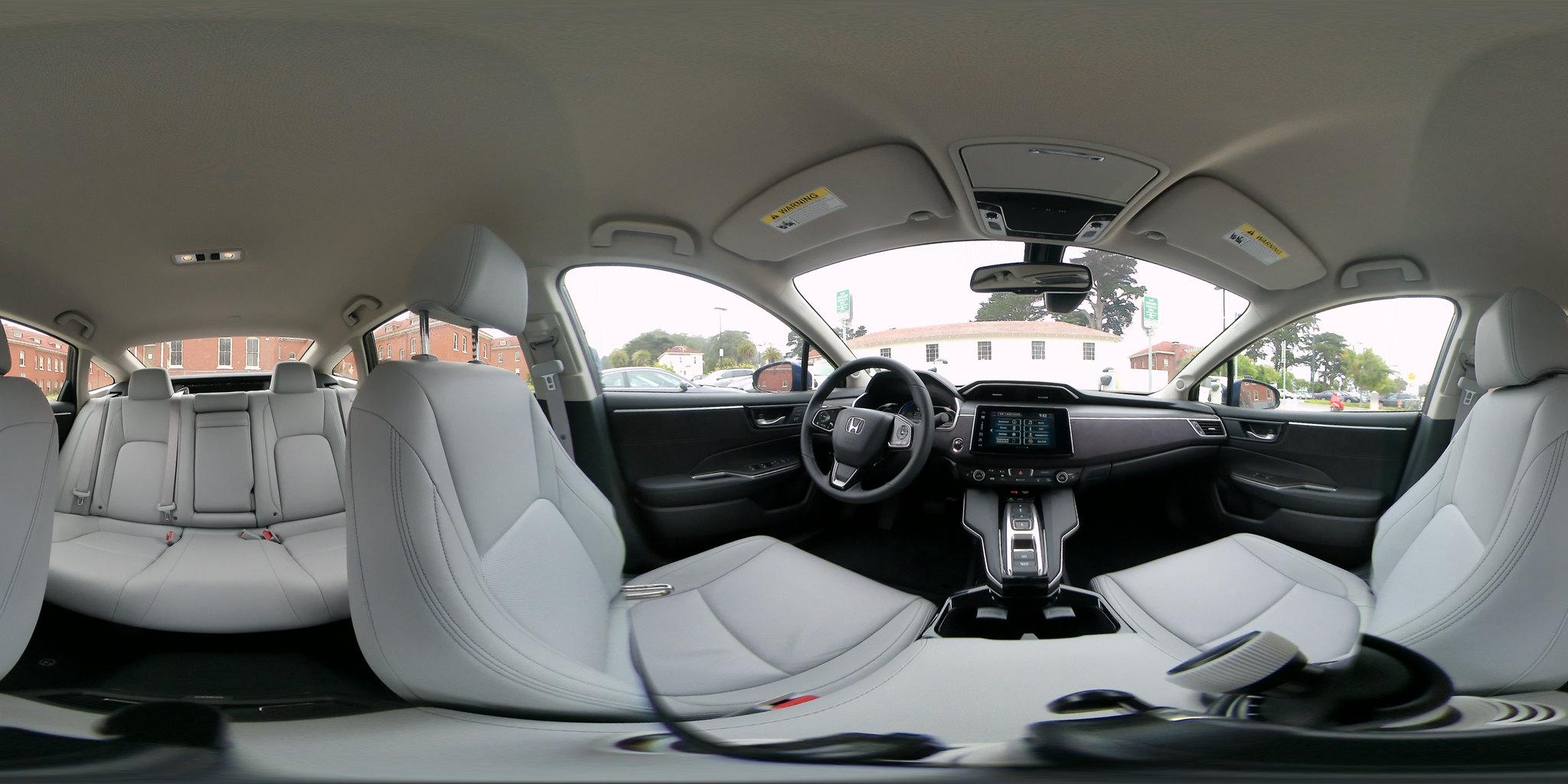 The interior feels more like an Acura than a Honda with plush seats, recycled Ultrasuede door accents, wood paneling and stitched materials. From the back seats to the dash, the car feels far fancier than other Hondas. Our videographer, Kyle, was especially smitten with the comfort of the rear seats. (We don’t let him sit in the front. He knows why.) The front seats were equally cozy except for one thing: legroom. At 6-foot-3, I found the driver’s side legroom to be wanting. I felt cramped and wondered if Honda’s desire to make passengers in the back seat feel welcome was at the expense of the actual driver. At least if they’re tall.

The rest of the of the interior was less anti-tall-person. The dash is neatly laid out and includes the requisite touchscreen in the center. Honda’s infotainment center runs a version of Android. It’s easy to navigate and includes buttons on the side of the display for quick access to high-level features.

A few times during our drive we ran into some latency issues, especially with the right-side blind-spot camera loading after we had already changed lanes. A nice safety feature, but not helpful if it takes five seconds to load, as it did about 15 percent of the time. 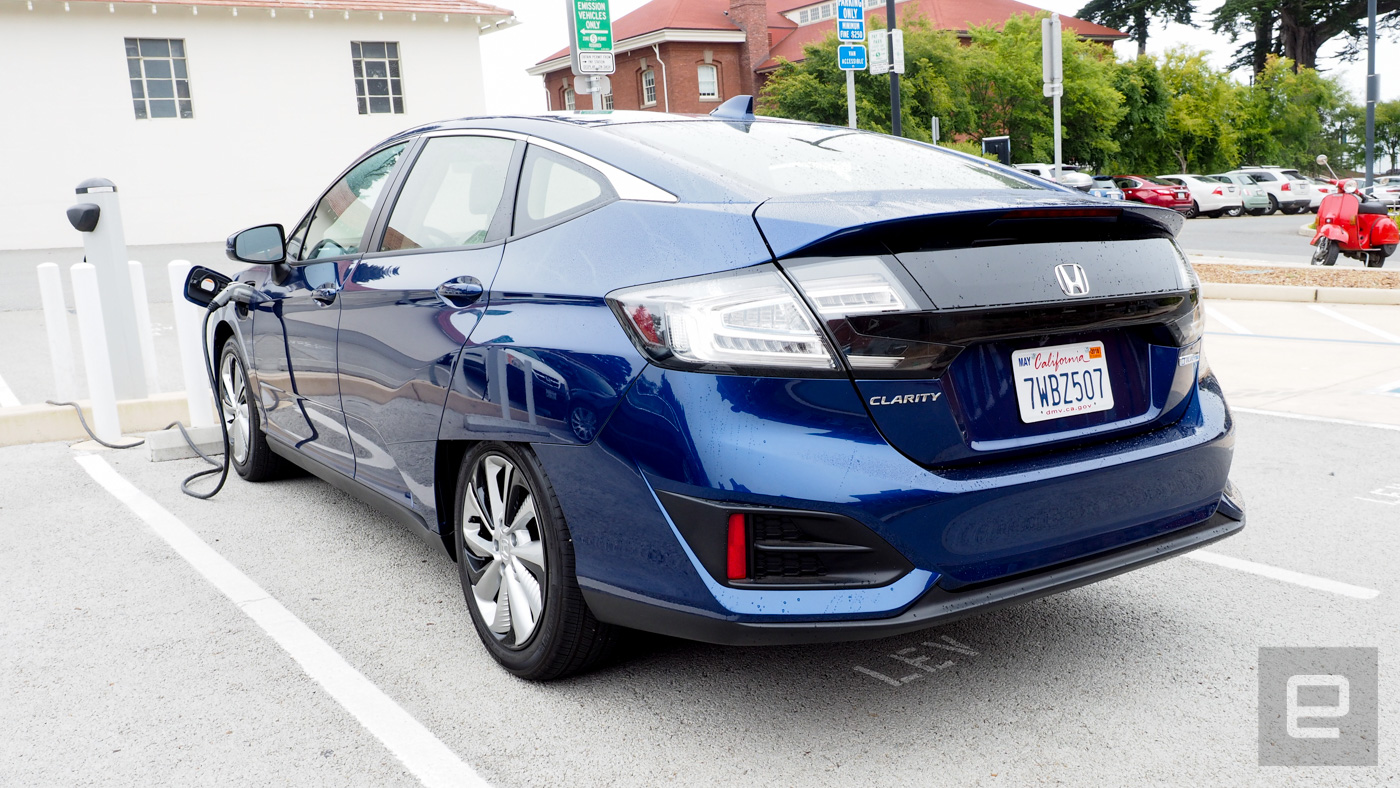 The dash cluster was equally easy to decipher and has just enough information about your driving style — but not so much that it would confuse the driver with information overload. It’s the less-is-more design rule, and here, well, it rules. The climate controls were knobs and buttons (rather than on-screen), which I’m always a fan of, while the gear selector was a series of buttons. Your personal preference may vary, but I still prefer an actual lever.

Honda wants the Clarity to be a luxury-esque line. At no time does Honda say “sport luxury” or even hint at an action-packed time behind the wheel. So if you’re expecting Audi, BMW or Mercedes type of driving experience, don’t even bother sitting in the driver’s seat. The Clarity EV is more of a cruiser. It does have some get-up-and-go off the line in Sport mode thanks to the 221 pounds of torque. But it quickly fades, and you’re back to relaxing and thinking about your next charging stop.

Steering is equally leisurely, with noticeable understeer if you push the car to its limits, which is remarkably easy to do. The suspension is tuned more for sucking up bumps and potholes — which it did wonderfully, even on San Francisco’s deteriorating roads — than taking on a mountain drive.

Where it does possess speed is charging. The Clarity EV comes standard with DC fast charging. It can go from zero to 80 percent charged in 30 minutes. So in the time needed to eat some lunch, you’ll have a nearly charged vehicle. 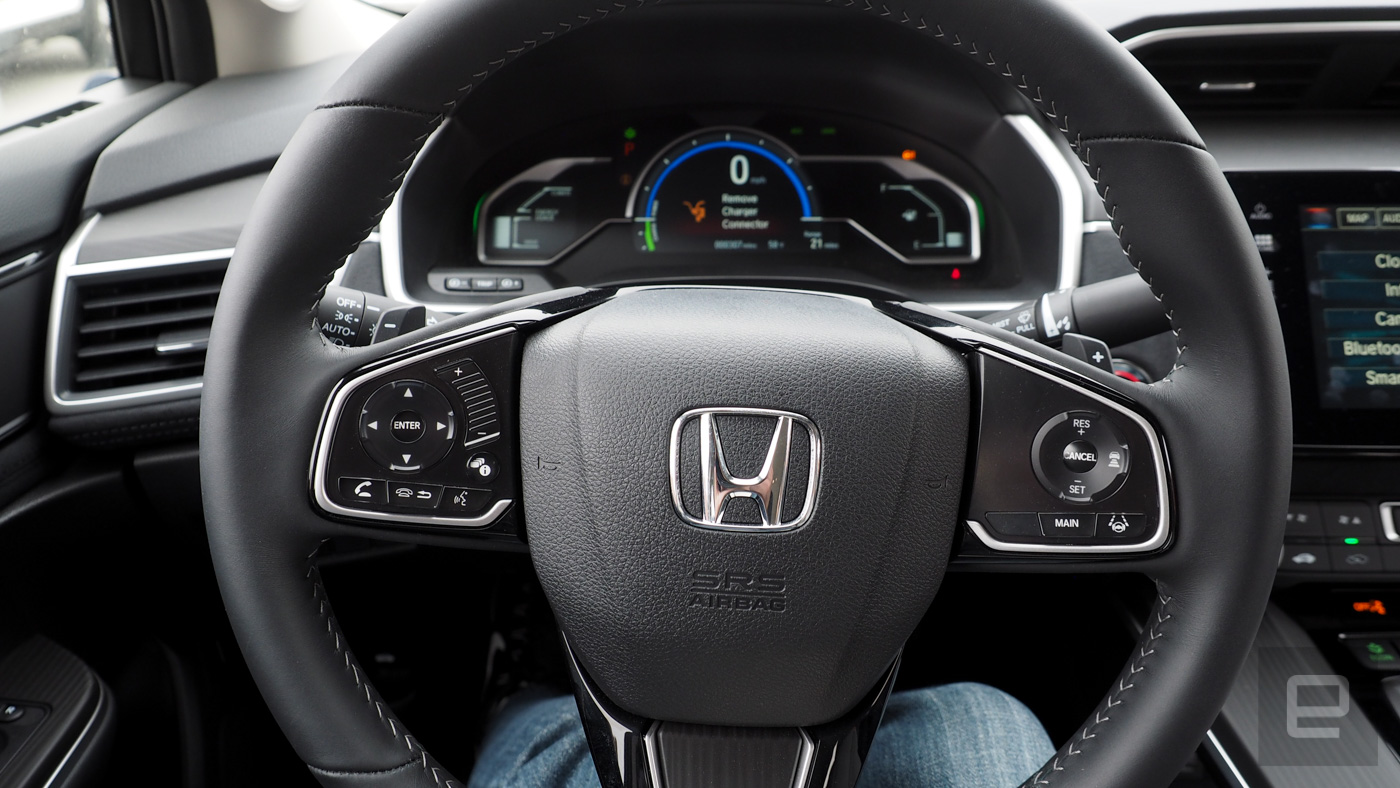 In fact, there’s only one trim level for the Clarity EV. What you see is what you get. There’s no upgraded or base model. But there’s also no way to actually buy the car. Honda offers it as a lease only with $2,000 down and $269 a month. The automaker does offer a generous 20,000 miles per year — way more than most other leases.

That said, you also get features like adaptive cruise control with an auto-stop function (if it encounters a stopped vehicle or another object), lane assist, lane-departure warning and brake warning. One glaring omission was sensor feedback during parallel parking. The backup camera is fine, but having information on how close the front and side of the vehicle is to other cars is pretty much a given for vehicles in this class. Still, all things considered, the Clarity is a good deal.

That is, if you’re cool with that 89-mile range. Honda says that the entire Clarity line gives potential customers a choice. If you want more range, you can go with the plug-in Clarity hybrid (42 miles on battery only and about 330 miles total) which the automaker hasn’t announced lease pricing for; for the ultimate range (366 miles) and first-adopter cred, there’s the fuel cell Clarity, which leases for $369 a month with $2,868 down. 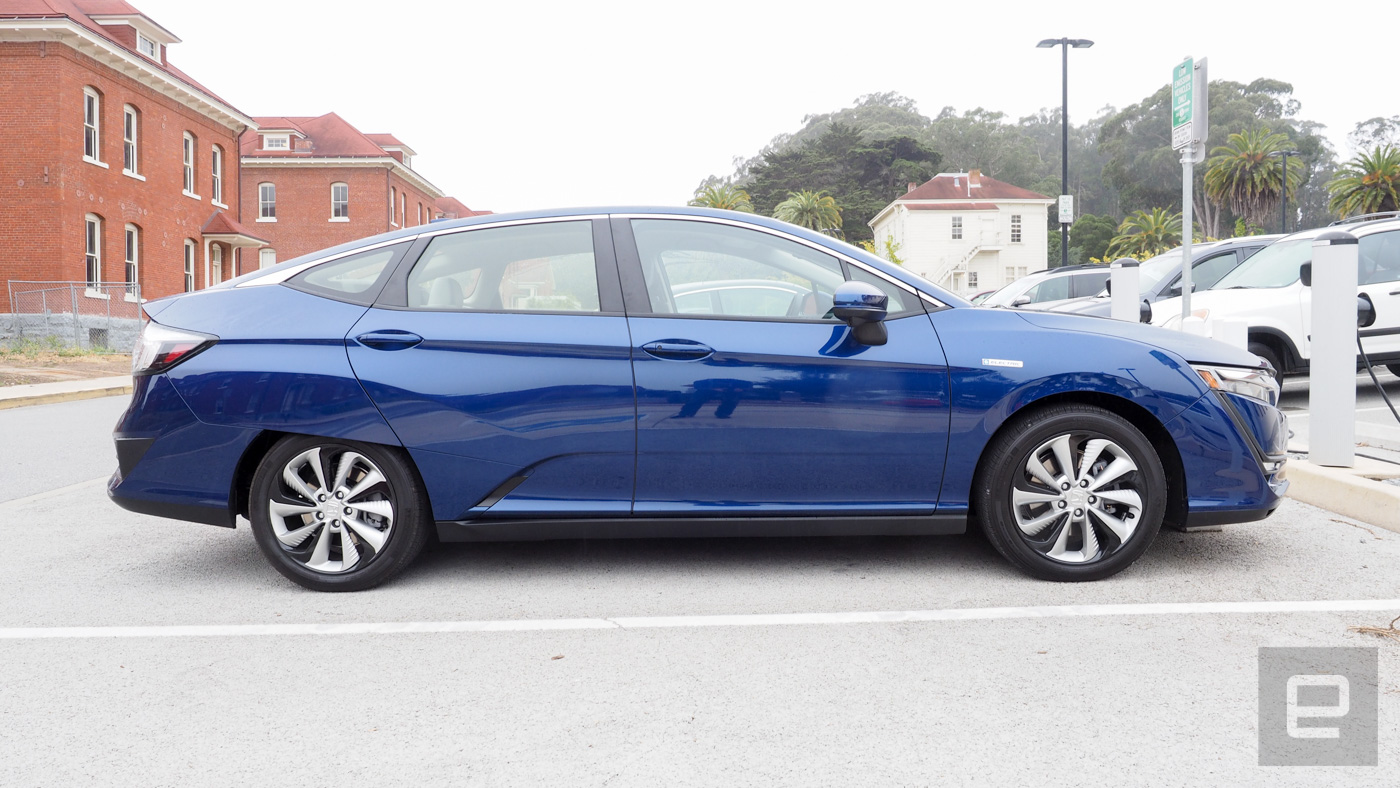 So who is the EV Clarity for? Honda hopes it’s folks who live in California and Oregon and want a luxury electric car without paying luxury prices. More likely than not, most people will choose the plug-in hybrid Clarity. But it’s important for the automaker to have a true EV in its lineup. As the automotive world moves toward alternative drivetrains, Honda can’t afford to wait like it did between the Insight and the Clarity again.