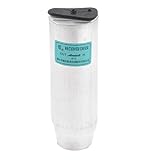 The 2002 Honda CR-V, shown in a crash test, is one of the models subject to a recall to repair faulty air bags.(Photo: Insurance Institute for Highway Safety / AP)

Washington — Honda Motor Co. said Wednesday it will agree to a U.S. government request to expand its recall of vehicles with Takata driver-side air bags nationwide.

“Why are we doing this? Because our customers have concerns and we want to address them,” said Rick Schostek, an executive vice president at Honda North America, in testimony before a House Energy and Commerce subcommittee.

Takata told NHTSA that if the five major automakers expanded the air bag recall, it would add more than 8 million more vehicles to the recall. The company said the failure rate was just “approximately 0.000006 failures per air bag deployment — far below the failure rate in the vast majority of the thousands of recalls.”

The company also said it was given just two business days to respond to NHTSA’s demand for an immediate recall and said automakers — not suppliers — are responsible for air bag recalls.

Honda said it is in talks with two other air bag manufacturers — Autoliv and Daicel — to produce enough parts to cover the expanded recall and shortage of parts.

“These talks have been encouraging and we believe will ultimately reduce the duration of any shortage,” the automaker said.

Both Honda and BMW AG told the committee they will provide loaners or rental cars to all consumers awaiting air bag recall repairs.

Rep. Marsha Blackburn, R-Tenn., said she was “very disappointed” with the decision of Takata.

The panel is holding a hearing on the recall of more than 7.8 million vehicles for Takata air bags by 10 major automakers that can rupture and send metal fragments flying causing deaths or injuries.

Last week, NHTSA warned it may begin proceedings to start fining Takata up to $7,000 per day per violation if it doesn’t agree to recall the air bags.

NHTSA said the inflators pose an unreasonable risk of death or serious injury because they may shoot metal fragments at drivers and passengers. Since 2013, 10 automakers have recalled 7.8 million vehicles in the United States for Takata air bags that are linked to at least four deaths and 30 injuries in Hondas, mostly in high-humidity areas.

Takata chairman and CEO Shigehisa Takada said in a statement early Wednesday that it will continue to work with NHTSA.

“Takata remains committed to cooperating closely with our customers and NHTSA to address the potential for inflator rupturing,” Takada said. “We will take all actions needed to advance the goal of safety for the driving public, including working to produce additional replacement units to support any further recalls that may be announced by our customers.”

Since Takata has refused, the next step will be for NHTSA to issue an initial decision demanding a recall and to schedule a public hearing, where it could hear graphic testimony from people injured in exploding air bags. If Takata refuses following the hearing, the agency would have to go to court to enforce the recall demand.

Rep. Henry Waxman, D-Calif., said it is still not clear when Takata and the automakers first learned of air bag problems. He also said there are questions about “whether the replacement inflators are safe.”

Waxman noted that NHTSA has declined to extend the call for a national recall for passenger air bags. Waxman quoted a document from Takata that said of the 2,500 air bags tested, more than 60 passenger air bags ruptured, but none were driver-side air bags.

He said the data raised questions about why NHTSA hasn’t taken further action.

“It’s been a bad year for auto safety,” said Rep. Fred Upton, R-St. Joseph, who chairs the committee. “The American people deserve to have confidence in the cars that they are drive are safe and that the industry and government are doing everything they can to improve safety.”

Upton has accused Honda of “manipulating the system to report as little as possible” and pressed automakers to follow the lead of General Motors in admitting mistakes.

Upton said the Takata recalls — more than 16 million worldwide since 2008 — require more answers. It is still not clear, he said, if the issue is problems in manufacturing processes or a “design flaw.” It’s not clear if the issue is high humidity.”

“No one can say for sure that the replacement parts are any safer than the originals,” Upton said. “What should I say to the mom in Michigan who asks me if she and her family are safe behind the wheel?”

“I’d like to see that same level of urgency, that same admission of mistakes and that same commitment to do better today,” he said.