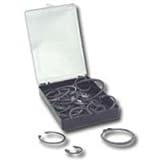 Now Honda’s Goldwing motorcycle has been caught up in the world’s biggest recall. Picture: Supplied.

The Honda Goldwing — the only motorcycle on sale with an airbag — has been caught up in the safety scare, with 379 being recalled in Australia.

Affected models were those made from 2008 to 2010. Later models, including those on sale today, are not affected, says Honda.

On the recalled models, however, the airbag could spray shrapnel as it is prone to explode with too much force.

According to the Federal Government’s recalls.gov.au website, “The metal fragments may cause serious injury to the rider or, in the worst case scenario, fatal injuries”.

How the Honda motorcycle airbag is supposed to work. Picture: Supplied.Source:News Corp Australia

They will not deploy unintentionally, but when they are activated in a crash they may detonate with too much force because the explosive material has become unstable.

“Due to atmospheric deterioration, over time, the airbag Inflator may degrade. This may lead to over aggressive inflation in the event of an airbag deployment. In some cases, the Inflator body may rupture causing metal fragments to pass through the airbag and strike the rider,” says the bulletin on recalls.gov.au.

The luxury Honda motorcycle, which costs $36,000 new, joins more than 1.3 million cars in Australia — including Honda, Nissan, Toyota and most recently Ferrari — and more than 100 million cars globally.

It will take up to two years to fix all cars, only a fraction have had their airbags replaced in Australia so far.

The Honda Goldwing airbag was big news when introduced in 2005. Picture: Supplied.Source:AFP

A statement from Honda Australia said: “The size of these recalls poses an unprecedented challenge for the automotive and motorcycle industry with the replacement of millions of Takata airbag inflators worldwide”.

Honda Australia said there may be a shortage of airbags, which will cause “a three to four month delay in replacement” of the motorcycle parts.

Customers will be contacted directly by Honda, or owners can contact the company on 03 9270 1348 or email customer.relations@honda.com.au.