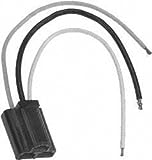 A 44-year-old woman in the driver seat of a Honda City was found with injuries to her chest from an item protruding from the center of the steering wheel, and the driver’s front airbag was found ruptured following an accident on Saturday, local daily The Star reported on Monday.

The woman later died at the scene of the accident.

Honda said it had confirmed with Malaysian police during an inspection that the Takata single stage driver’s airbag inflator had ruptured in the crash, but said the official cause of death had not been determined.

Takata could not immediately be reached for comment outside regular business hours.

The car involved in the crash, a 2005 model of the Honda City, was involved in a recall issued in May 2015 that required the replacement of airbag inflators in the driver and passenger sides, the company said.

Three mailed recall notices were sent to the owner of the car involved in the fatal crash, Honda said, adding its records indicated that the recall repair was never completed.

Last week, Honda issued more recalls in Malaysia, as part of a global recall involving potentially deadly airbags from Takata. The recall included the City, Accord and Civic models, among others.

The inflators, which regulators fear could explode with excessive force after prolonged exposure to heat and humidity, had already been linked to over 100 injuries and 13 deaths.

A Honda Malaysia spokesman told Reuters last week that local authorities were still investigating the cause of the two deaths.

(Reporting by A. Ananthalakshmi and Rozanna Latiff; Editing by Joseph Radford and Mark Potter)