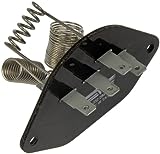 Honda unveiled its 2016 Accord not at an auto show but rather at the opening of the company’s expanded R&D facility in Silicon Valley.(Photo: Marco della Cava, USA TODAY)

MOUNTAIN VIEW, Calif. – Honda is joining other big automakers such as Ford and BMW in shoring up its research and development beachhead in Silicon Valley.

“Silicon Valley is the hub, it’s the bleeding edge, and we want to be working in a fully collaborative mode with entrepreneurs and other companies with visions that share our own,” says Frank Paluch, president of Honda R&D Americas.

Although Honda has staffed engineers in the area since 2000, the new facility will allow the team to grow as automotive manufacturers increasingly pack their wares with technology. The Japanese automaker opened the doors to its new R&D facility with a rare non-auto show reveal of a new model, the 2016 Honda Accord, the first Honda product to offer Apple CarPlay and Android Auto.

Eventually, both systems will roll out to the entire Honda line-up, allowing seamless iPhone and Android smartphone integration with an in-dash infotainment system.

Other features that are new to Accord – which continues its longtime duel with Toyota Camry for best-selling sedan honors, racking up sales of 380,000 in 2014 – include aggressive 19-inch wheels and a sleek new front fascia.

But the biggest upgrades are technological. The new Accord gets the full-suite of Honda Sensing tech, which leverage sensors and software that help keep the car in its lane and even stop if it senses an object in its path. Honda Sensing was first unveiled last year on the 2015 CR-V.

Such tech is part of a growing suite of driver-assist technology from a range of automakers that are a bridge between current vehicles and fully autonomous cars. Honda executives restated the company’s ambitious goals of a 50% reduction in Honda vehicle collisions by 2030, and zero by 2050.

“There’s a lot of investment by Honda on drivers and pedestrians alike being safe and secure,” says Paluch.

While the automaker has long been a popular mainstay in the American market, it has run into speed bumps over the past year. A few weeks ago American Honda Finance agreed to pay a $25 million fine after federal officials charged the lending institution with charging minorities higher rates for auto loans. And in January, the National Highway Traffic Safety Administration fined Honda $70 million for unreported safety problems. The issue of driver safety and connected cars was cast in a stark light this week when a Wired magazine article detailed how two security experts were able to successfully take control of the magazine’s vehicle by hacking into its infotainment system. Is your car vulnerable to hackers?

Paluch says he isn’t up on the details of the hack, “but we’re eager to learn more so we can understand if we need to react.”

Rick Schostek, Honda North America executive vice president, adds that the company is part of Auto ISAC (intelligence sharing and analysis center), a group that includes automakers such as BMW, Ford and General Motors. The goal of the group is to share information on threats to automotive connectivity systems. Some 60% of cars are expected to have connected features by 2016.

“We’re all going to share information, because while we remain in competition (for consumers) the key to security issues is collaboration,” says Schostek.

Among other technologies on display Thursday were a suite of Honda robotics coups, including its UNI-CUB, which looks like a small stool but acts like a Segway in that it intuitively reacts to a user’s body language to generate movement. The company announced that it would be allowing outside developers to write software programs for the device in the fall.

In the parking lot of the new Honda’s R&D center, which isn’t far from autonomous-car pioneers Google, were a series of demos showcasing more auto-related tech.

One called Dream Drive set up rear-seat passengers with Oculus Rift virtual-reality goggles. When the car started moving, a series of scenes – a race track, outer space – took on added realism when coupled with the car’s movements, which were echoed in the scenes playing out in the goggles. Honda officials say such tech could lead to vastly enhanced rear-seat entertainment options.

Another demo showcased prototype technology designed by Honda and Qualcomm that alerts car drivers and distracted pedestrians simultaneously of each other’s whereabouts.

Using WiFi-like DSRC, or a dedicated short range communication band – drivers get a sonic and visual alert on their windshield when a pedestrian is headed toward the vehicle (including a small icon indicating whether the pedestrian is texting or talking on the phone) while the walker gets an alert on the phone or through earbuds.

“There are so many areas to work on, including connected cars, HMI (human machine interaction), big data, apps, but the bottom line is they’re all ways to improve human mobility,” says Paluch. “The culture here in the valley is one of passionate innovation around a goal. We just want to be a part of that.”