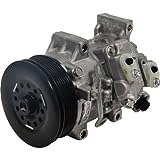 Posted: Monday, July 18, 2016
The old saying, “If at first you don’t succeed, try again” could apply to Honda’s Ridgeline pickup truck. Not succeeding might be a bit harsh, but the first-generation Ridgeline introduced in 2005 was never much of a sales success. It was unconventional in both looks and construction.

Honda’s starting over with a clean-sheet Ridgeline design for 2017.

“It is all new from the ground up. It’s still a uni-body truck, which is unique in the segment. However we’re looking at class-leading fuel economy, class-leading acceleration. And it has all the things people loved about the last Ridgeline, like the in-bed trunk and side-swinging tailgate,” said Davis Adams, a spokesman for Honda.

The in-bed trunk is definitely something you won’t find in other pickups. It sits below the rear-most portion of the bed floor, is weather-tight, and lockable. The Ridgeline’s tailgate opens two ways: downward like on a traditional pickup truck, or opening from the right side, like a door.

Honda went with a much more traditional pickup look this time, and that could be key to gaining a bit more acceptance among truck buyers. The old Ridgeline had odd-looking upper sections on the sides of the bed.

Truck buyers are definitely going for mid-size pickups in a big way right now. General Motors recently had to increase factory capacity to keep up with demand for its Chevy Colorado and GMC Canyon mid-size trucks.

For people who don’t quite need the size and capacity of a big truck, the Ridgeline could be a perfect fit – in the literal way. Like the previous version, it’s based heavily on the Honda Pilot SUV, which Honda says give it advantages in day-to-day use.

For example, while traditional pickup trucks have a separate body and frame, the Ridgeline is built with what’s called unit construction, where the body and frame are stamped as a single unit. Passenger cars have been built this way for decades, and most family SUVs use this configuration too. The Ridgeline also has a front-wheel-drive powertrain, with all wheel drive as optional. Every other pickup sold in the U.S. has rear wheel drive.

But to show that the Ridgeline is tough enough for the kind of severe off-road duty that most of its buyers will never even attempt, Honda turned an all-wheel-drive version loose on a challenging off-road course in the hills of Malibu. Though it scraped its under-body skid plates a bit, the Ridgeline handled the steep trails with relative ease.

Honda did this to demonstrate that more truck might actually be overkill as a substitute for a family car. Especially here in Southern California for just an occasional run to the mountains on a snowy road.

“If you choose to get an ‘old school’ four wheel drive truck just to go to Big Bear, you are making so many compromises and such a poor decision,” boasted Adams, adding, “Whereas you could be much more comfortable, get better gas mileage, and have a truck that’s just as capable with the Ridgeline.”