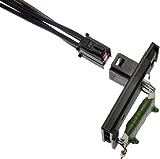 How Can GM Justify an All-New Chevrolet Volt? – Motley Fool

GM released this “teaser” photo of the all-new 2016 Chevrolet Volt. The all-new Volt will be unveiled in January, GM said this week. Source: General Motors Co.

Yes, there will be another one: General Motors (NYSE: GM  ) said this past week that an all-new version of the Chevrolet Volt will be revealed at the North American International Auto Show in January.

Sales of the current Volt have fallen far short of the expectations set by GM executives when the car was first launched. They’ve never once come close to the 45,000 Volts a year that former GM CEO Dan Akerson famously predicted.

But GM apparently thinks that the Volt has done well enough to deserve an encore.

Loved by its owners — but hated by bailout foes
Few cars have proven to be more polarizing than the Chevy Volt. On the one hand, the innovative plug-in hybrid delivered on GM’s then-aggressive promises for it, and the Volt consistently posts some of the highest owner-satisfaction scores in the industry.

But to many people, the Volt has been a symbol of GM’s wildly unpopular U.S. government bailout. Some have wondered if the Obama administration might have pressured GM to make the huge investments that brought the Volt to market.

It didn’t help that the Volt fell short of sales expectations right from the start, partly because of the high price (almost $40,000) that GM felt it needed to charge to recoup the costs of the car’s development. Or that a wrecked Volt spontaneously combusted three weeks after being crash-tested.

Volt owners are a devoted bunch: The current Chevrolet Volt has some of the highest owner-satisfaction ratings in the industry. Source: General Motors Co.

But GM has managed to trim the Volt’s price several times since its 2011 launch. Reviewers have been kind: The car is comfortable, nicely finished, pleasant to drive, and delivers on fuel economy as advertised. And then there’s those sky-high customer satisfaction scores: As a group, Volt owners really love their cars.

Of course, the technology that seemed so whiz-bang when GM talked about it back in 2009 seems almost old-hat now. Sure, the Volt uses a unique configuration of drivetrain components.

But what the average buyer cares about is this: The Volt is a plug-in hybrid with an electric-only range of 38 miles.

That’s not bad — it’s better than the 21-mile electric-only range offered by the plug-in Ford (NYSE: F  ) C-Max Energi, and the 11 miles from the plug-in Toyota (NYSE: TM  ) Prius.

And with prices now starting at just over $34,000 — before a Federal tax credit that can add up to as much as $7,500 — the 2014 Volt isn’t much more expensive than those two key competitors. For what you get, it’s arguably a pretty good deal.

But in 2014, with plug-ins becoming more common and Tesla Motors  (NASDAQ: TSLA  ) selling thousands of copies of its sexy all-electric Model S every quarter, it’s not as special as it was when it was first proposed.

Volt sales still look pretty good — in context
Through July, GM has sold 10,635 Volts in the U.S. this year, down 8.7% from a year ago. That’s disappointing when viewed from the perspective of GM’s original sales targets for the car, which called for 45,000 sales a year.

But it’s not bad when compared to the Volt’s plug-in rivals. So it’s reasonable to argue that the Volt is competitive enough, even if it has fallen far short of its original targets.

In GM’s eyes, that makes it worth an overhaul.

What the all-new 2016 Chevrolet Volt will be like
We don’t actually know very much about the all-new 2016 Volt at this point. Aside from the teaser photo shown above and a general statement that the new Volt will build on the original’s “strong foundation of technology innovation and customer satisfaction,” GM hasn’t tipped its hand.

It’s probably reasonable to expect that the new Volt will have updated styling inside and out, along with improved electric-only range and fuel economy when running in hybrid mode.

Will that be enough? Given that the current Volt is still quite competitive with its small circle of rivals — and given that there have been no major breakthroughs in electric-car-battery technology since the original Volt debuted — it’s probably all that’s really needed.