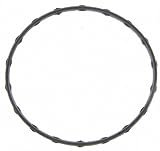 The announcement yesterday of a $900-million settlement between General Motors

and the U.S. Justice Department in the ignition-switch case reveals new information about CEO Mary Barra’s continuing cultural rehab of the company. It’s an unusually powerful story so far—and one reason it’s so compelling is that we still don’t know how it will turn out.

The agreement by GM to pay a $900-million fine settles criminal charges the U.S. had made against the company for wire fraud and withholding information from regulators about a defective ignition switch that has been blamed for over 100 deaths. The tragic events are not especially surprising in the auto industry. Mistakes are made, lives are lost, cases are settled. What’s new and worth watching is the way Barra is handling the case.

From the beginning of this mess, which emerged just days after Barra became CEO in January 2014, she has ignored the GM template for handling these situations— minimize their importance, fight them, drag them out, settle grudgingly. Barra, a GM lifer and daughter of a GM lifer, saw that the company had a culture problem, and here was an opportunity to attack it. So she took the direct opposite of the GM approach. “I never want to put this behind us,” she told employees at a town hall meeting that stunned many of them. “I want to put this painful experience permanently in our collective memories.” A retired executive told me her remarks “were unlike anything any previous GM CEO has ever said.”

She apologized publicly and profusely, visited the families of victims, and set up a compensation fund for them before any legal liability had been established. She continued this pattern yesterday. “The mistakes that led to the ignition-switch recall should never have happened. We have apologized and we do so again today,” she said. “I believe that our response has been unprecedented in terms of candor, cooperation, transparency, and compassion.”

Apparently so. U.S. prosecutor Preet Bharara said the cooperation by GM executives had been “fairly extraordinary…. It’s the reason we’re here after 18 months rather than four years.”

Defeating an entrenched, dysfunctional culture in a huge, old company is rare. Almost every GM CEO of the past 30 years has tried it and failed. Barra is already ahead of any predecessor, but that’s no assurance she’ll succeed. The GM culture is highly evolved for survival. We won’t know for years whether it has really changed, and in the meantime she has to improve GM’s products, its customer experience, and its financial results.

Everyone is rooting for Mary Barra, but this game is far from over. What we can say for now is that she’s breaking boundaries, asking her organization to follow her into unknown territory, showing real leadership. That makes her story worth following.

Sign up for Power Sheet, Fortune’s daily morning newsletter on leaders and leadership.