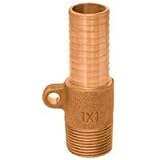 In King v. Burwell, Supreme Court Must Rule for Our Health – Huffington Post

Today, the Supreme Court heard a landmark case that directly impacts the lives of millions of Americans. At issue in King v. Burwell are the tax credits that millions of Americans in approximately three dozen states receive in order to enable them to purchase quality, affordable health coverage. A ruling invalidating these tax credits would be catastrophic to the American public and the American health care system alike. Those of us in the public health community understand the enormous stakes in this case, and we understand that the clear text, purpose, and history of the Affordable Care Act require a ruling for the administration. A ruling for the administration is also a ruling for our health.

Five years ago, Congress passed the Affordable Care Act, with the intention of expanding access to affordable insurance to Americans. Five years ago, we applauded the move by Congress and President Obama. We applauded the move to expand access to quality care because we believe that access to health care is a fundamental right. Not only is it a fundamental right, but it is integral to the health and well-being of the individuals who gain coverage as well as the health of our communities. This law allows those with pre-existing medical conditions to get coverage, it enables those who could not previously afford care to seek treatment for illnesses that have long afflicted them. The stories of people’s first doctor’s appointments and diseases caught just in the nick of time and life-saving treatments that were previously out of reach abounded. In short, the law is working just as intended.

There is no need to speak in the abstract about the calamitous effects that would come to pass if the Supreme Court takes away these vital tax credits from so many across the country. According to a recent study, 9.3 million people who live in states in which the federal government has set up insurance markets will lose tax credits by 2016 if the Supreme Court decides in favor of those challenging the law. Of those 9.3 million, an estimated 8.2 million people will lose their health insurance.

Care will be delayed, denied, and will once again simply be out of reach for too many. The human cost of care delayed or denied is staggering. As told to the Supreme Court in a brief we filed last month, the loss of health insurance by 8.2 million people can be expected to translate into over 9,800 additional deaths each year.

As people who have spent our lives working to protect and improve the health of people across this country, that number is devastating to the public health community. That almost 10,000 people would needlessly lose their lives if the Supreme Court takes health care away from those who need it is unacceptable. We can’t live with that, just like Americans can’t, and shouldn’t have to, live without access to quality, affordable health care.

The good news is that thanks to the Affordable Care Act, the percent of Americans without health insurance is at or near the lowest level on record and is more affordable for millions. The Supreme Court should rule to uphold the exchange subsidies as legal as implemented by the administration and in line with Congressional intent. Such a ruling will ensure that all exchange participants have access to affordable health insurance coverage and better health.