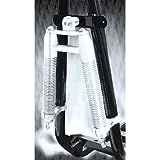 I’m not going to weigh in on the legal details of the fight over Indiana’s new law (which I assume will be repealed or modified in the coming months).

I have read arguments on both sides, and I honestly don’t know enough about the legal technicalities to decide who is right and who is wrong.

But I can tell you about the politics.

And they aren’t good for the conservative side of the equation.

I remember when bashing gay people was good politics.

I remember when the Republicans had a party chairman (who later revealed himself to be gay) who designed a strategy to get votes on ballot initiatives banning gay marriage in order to make it easier for the W. to win.

I remember when the Republicans forced Bill Clinton to sign a Defense of Marriage bill into law because it was such toxic politics for the Democrats.   That law was later declared unconstitutional.

This was before “Queer Eye for the Straight Guy.”

And then everything changed.

Laws started popping up all over the country, making gay marriage acceptable and legal.

Close friends of mine, conservative Republicans, not only announced they were gay, but got themselves married when it was legal to do so.

When your gay friends get married, it gets harder and harder to condemn them for getting married. You end up celebrating, because that’s what normal people do.

Even the new pope asked the question on homosexuality: “Who am I to judge?”

When the leader of the Catholic Church starts to equivocate, you know it’s time to to take some time to really understand the broader political question.

There’s a reason big business, small business, and even sports franchises are embracing gay America. It’s popular with the American people. And it is good for business.

Mike Pence, who I know and who I like, thought he was doing something politically smart when he signed that law.

It wasn’t politically smart. And fellow Republicans who think it is smart to support Pence on this issue better rethink the politics.

Bashing gays is not good politics.

Indiana’s former governor, Mitch Daniels, once said that the Republican Party should call a truce on social issues, a comment that riled up conservatives and made it more difficult for him to run for president.

I don’t think on other social issues a truce is necessary. But on gay issues, a truce is the best we can hope for.