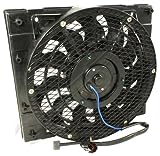 CLEVELAND, Ohio — Honda’s IndyCar issues continue as only two cars qualified in the top 10 for today’s Honda Indy Toronto race and both were well back in the pack with Takuma Sato eighth and Graham Rahal 10th on the starting grid.

But the tightly packed frontrunners for Chevrolet continued as defending series champion Will Power will start on the pole for the tight 11-turn, 1.755-mile street circuit in Toronto.

The race is scheduled to start at 3:37 p.m. and will be televised on the NBC Sports Network, with coverage beginning at 3. You can follow the live race leaderboard here.

“You’ve got to drive around here,” Power told the media afterward. “It’s all man-handling because you’ve got those slippery surfaces in the middle of the corners, so you’ve got to be on the wheel a lot.”

The 85-lap race will be tense from the start. Two of Power’s teammates, Simon Pagenaud and Juan Pablo-Montoya are the next two on the grid followed by the hottest driver on the circuit in recent weeks, Scott Dixon. And while popular Helio Castroneves is only seventh, he is a threat to win as well.

“We have just got to keep working hard,” Rahal said after qualifying. “We are trying to find a way to get the car to do one particular thing a little more consistently. It’s kind of throwing everything at me, which is fine, but, for the race, we would like to settle the rear down a little.

“We are struggling to make a little bit of everything better but the rear (of the car) is where I would like to improve for the race. We need to keep the tires underneath us, which has been one of our strengths this year. For us to be able to beat the Chevys up front, we’re going to need some good rear tire wear.”