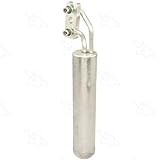 Auto makers could report their highest November U.S. sales in more than a decade after new-car shoppers feasted on early Black Friday promotions and cheap gasoline prices that are driving buyers to heavier vehicles.

Dealers were estimated to sell between 1.27 million and 1.29 million new vehicles during the month—a number that would be the strongest since November 2001, when a barrage of post-9/11 sales incentives pushed up demand….